All swastikas are not created equal - updated 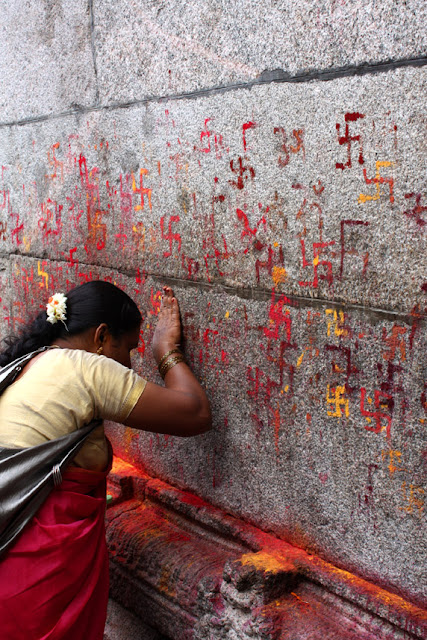 The image above ("Deep in prayer at the Chamundeshwari Temple, Mysore, India"), by
Steph Peatfield of Londo, is an entry in the Telegraph's Big Picture travel photography competition.  When I saw the photo, I was reminded of this photograph of actress Clara Bow -

- that I blogged three years ago (discussed here), and this one from 2010 of a folk quilt in a Colorado museum: 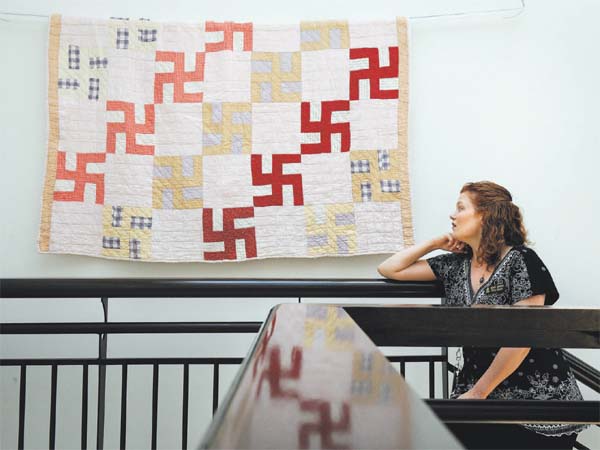 (read the details here), and finally this Halloween outfit from 1918: 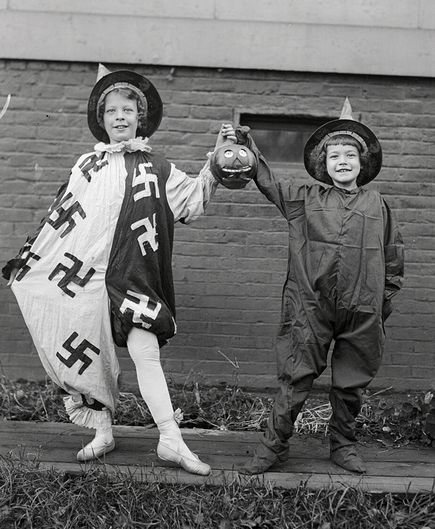 The word swastika is derived from the Sanskrit word "svastika", meaning any lucky or auspicious object, and in particular a mark made on persons and things to denote good luck. It is composed of su- meaning "good, well" and asti "to be" svasti thus means "well-being." The suffix -ka either forms a diminutive or intensifies the verbal meaning, and svastika might thus be translated literally as "that which is associated with well-being," corresponding to "lucky charm" or "thing that is auspicious." The word in this sense is first used in the Harivamsa. As noted by Monier-Williams in his Sanskrit-English dictionary, according to Alexander Cunningham, its shape represents a monogram formed by interlacing of the letters of the auspicious words su-astí (svasti) written in Ashokan characters.

Lots more info at the Wikipedia entry linked above.

Addendum:  Reader adeus notes that the swastika is in current usage by some units of the Finnish Air Force: 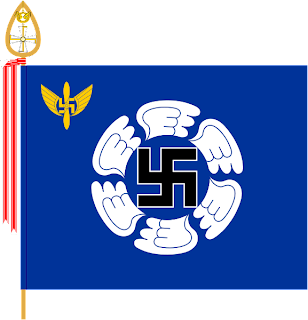 Addendum #2:  Updated to add this photo of a Canadian women's hockey team. 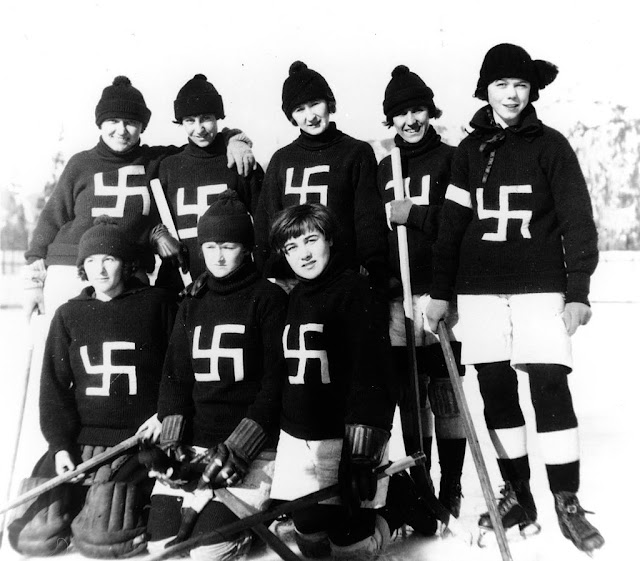 The Fernie Swastikas were a women's hockey team that was formed in 1922 in Fernie, British Columbia. Their uniform used as a symbol the swastika, which before World War II was a common religious symbol, and especially a sun sign. In 1923, the Swastikas won the Alpine Cup at the Banff Winter Carnival women's ice hockey championship. There were two other teams called the Swastikas, one in Edmonton, Alberta, and another the Windsor Swastikas of Windsor, Nova Scotia.

And I've just discovered there is a detailed article on the Western use of the swastika in Wikipedia.  Those interested can find many more examples there, including this wedding dress from 1910: 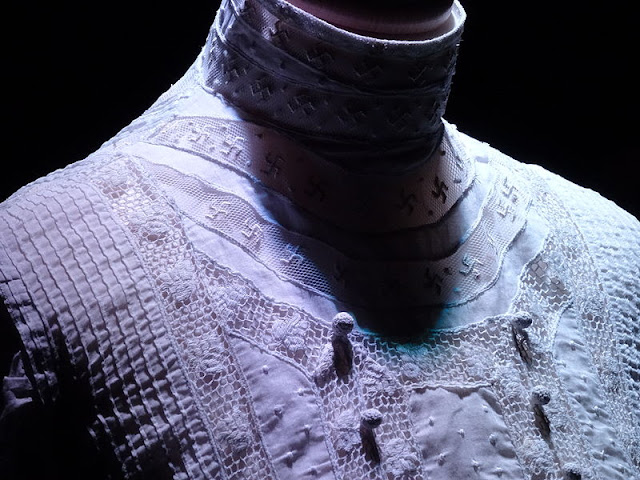 Addendum #3:  Reposted from 2016 to add this photo of an ancient seal- 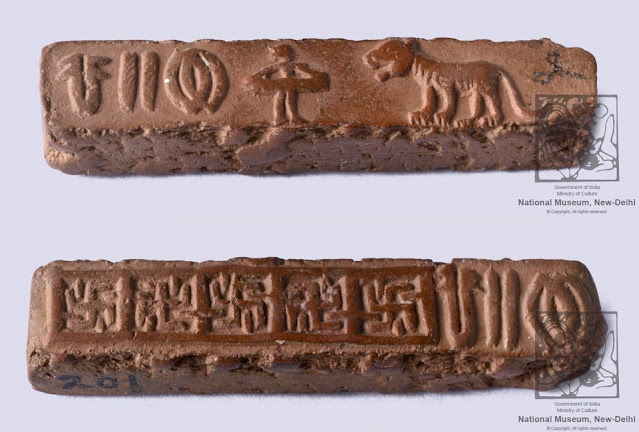 "Bar shaped seal showing a man standing in front of a tiger on one side and five swastika on another with pictograms on both sides, 3000 BCE, Terracotta, Harappa, Indus valley civilization. At National Museum, New Delhi, India."