"Becky" can be a perjorative term. And it's a "hypocorism." 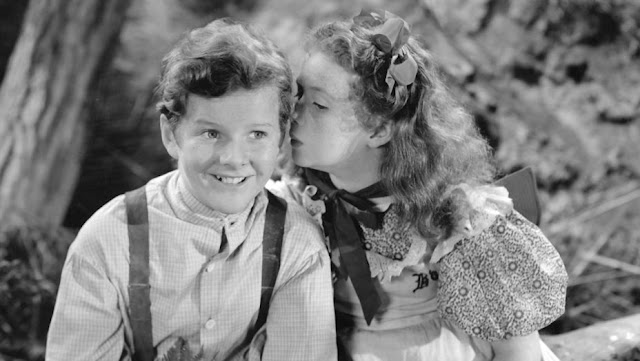 You learn something every day.  This week a fascinating podcast at This American Life taught me some of the ramifications of calling a woman a "Becky."  I had to look up the history.  This from 2016 following the term's use by Beyoncé:


"For years, 'Becky' has been used as a general reference for a particular type of White woman," Damon Young wrote in Very Smart Brothas. "There are several theories on its etymology, but the one that makes the most sense is that it stems from the first line of 'Baby Got Back.'”

One use of "Becky" is simply to describe a woman considered beneath the speaker's level. The other is to refer to "a white woman who is clueless, who is kind of racist, [and] who makes statements without knowing what she's saying," said Whitehead.

Others said "Becky" is used to describe white women just because it's a stereotypically white-sounding name.

What we do know: The name Becky has become a stand-in for a generic woman, generally white, who is familiar with sexual acts.

The cultural references date to William Makepeace Thackeray's satirical novel Vanity Fair published around 1847. The protagonist, Becky Sharp, is a social climber who utilizes one of the resources at her disposal -- her charm and ability to seduce wealthy men -- to move up the social ladder...

In 1938, Daphne du Maurier sets up the ex that will haunt us all in her novel Rebecca...

Skip ahead to Sir Mix A Lot, who adds the phrase “oh my god Becky, look at her butt,” to the cultural lexicon. The lyrics to Baby Got Back indicate Becky and her friend are white, somewhat basic, and mildly racist...

Things get very NSFW in 2010 when rapper Plies takes the concept further. His song Becky is cited as the start of the name’s use as slang for a specific sexual act, not just a stand-in for a sexual woman...

Another incarnation has evolved simultaneously in gay communities, occasionally meaning gay or as a reference to the random girls who hang around gay bars that have no value-add...

I will wager dollars to doughnuts that nobody ever called Rebecca de Winter "Becky," and I think Becky Sharp and Becky Thatcher had nothing to do with the current usage.

The podcast that started my exploration is My Effing First Amendment ("The Brawl on the Mall"), about an incident at the University of Nebraska in which a liberal faculty member called a student supporting Turning Point USA a "neo-fascist Becky."  I highly recommend listening to all three segments of the podcast.  For those who prefer to read, there is a comprehensive report in the Chronicle of Higher Education.

And now to end with an interesting, useful finding.  "Becky" is an example of hypocorism - a diminutive form of a name (the word comes from the Greek for "child-talk" (cool).  The Wikipedia link has a list of too-many-to-count examples from over 30 languages.  Your name is probably there; mine is (I've been a hypocorism my whole life without knowing it...)

Addendum: A detailed breakdown of the different types of "Beckys" -


Becky: (noun); a white woman who uses her privilege as a weapon, a ladder or an excuse.

However, just as people note that “black people are not a monolith,” it is unfair to paint the entire genus of Beckys with the same broad brush.

To combat this stereotype, we gathered some of the world’s leading board-certified Beckyologists and asked them to classify the disparate classes of Beckys so that we may have a better understanding when we discuss this subject. And after much discussion, our experts came up with five subgroups into which all Beckys can be categorized...

Way more at the link.