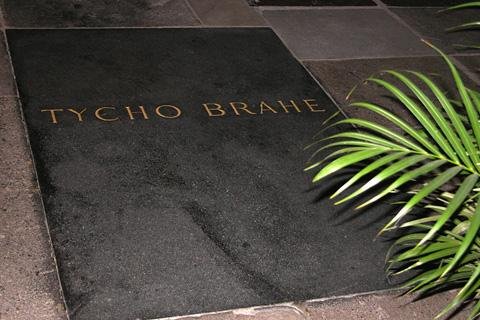 In 2010 I wrote a post entitled "Was Tycho Brahe murdered?  Many people have doubted that uremia secondary to urinary retention could have killed him, and have speculated that he was poisoned with mercury.

The following week, in More thoughts re Tycho Brahe and ... Hamlet, I reviewed the connection between the Danish astronomer and the famous (fictional) Danish prince, with a comment that Tycho's supernova of 1572 melds nicely with the theory that Edward deVere, the 17th Earl of Oxford, was the real author of the plays attributed to Shakespeare.

In February of 2011, the Copenhagen Post noted that Tycho Brahe was to be exhumed for a forensic study.


A group of Danish and Czech experts will therefore soon be able to carry out detailed analyses of the astronomer’s bone, hair and clothing remains to find the answer to a centuries-old mystery as to whether he was murdered.

The leader of the Danish research team comes from the  University of Aarhus’ wonderfully-named Department of Medieval and Renaissance Archaeology.

Then the Ministry of Foreign Affairs of Denmark and the Prague Post announced the exhumation, and the preliminary results were made public. 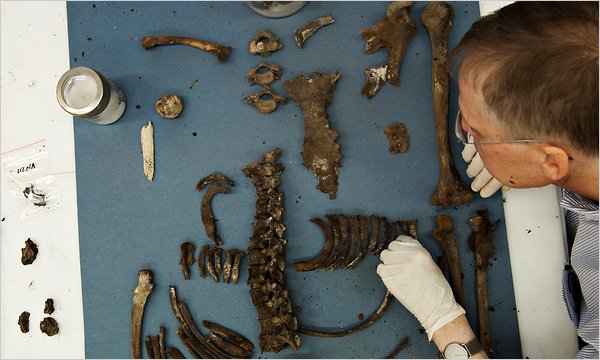 
"We expected we would find the remains of Tycho Brahe and his wife in the grave. But after we opened it, we found remains of several other persons as well, which meant the team's archeologists had to keep working until last night to find out more about the identity of those bodies," said Petr Velemínský, head of the National Museum's anthropological depository. "We found remains of eight other individuals, five of whom were children, and that was certainly a surprise."

Conspiracy theorists claim a jealous Kepler poisoned Brahe before buying the astronomer's research from his unsuspecting widow and using it for his own ends. The story goes that Kepler used mercury to kill his former collaborator, but more skeptical voices say the tale is unlikely, calling the traces of mercury previously found in Brahe's corpse during an earlier exhumation a sign of nothing more than his penchant for alchemy, a common hobby of scientists at the time who sought to convert various elements into gold.

"When we examine the hair samples in Sweden and in Prague, and we have about 8 centimeters of his beard, we will be able to find information on what substances he administered in the last three months of his life," Vellev said. "And the bone samples will give us even further-reaching information on the last 15 years of his life."

These excerpts from the New York Times:


Brahe, who sported a distinctive gold and silver prosthetic nose — having lost the bridge of his real nose in a duel — was long thought to have died after his bladder burst. Legend has it that 11 days before his death he attended the banquet of a nobleman and was too polite to leave the table to go to the toilet.

Medical experts have exploded this theory, noting that bladder ruptures are highly unusual and that Brahe probably died from kidney failure. But even today, when Czechs excuse themselves from the table to go to the bathroom, they have been known to say, “Pardon me, I don’t want to end up like Tycho Brahe.”

Others contend that Brahe was killed by his cousin Eric Brahe on the orders of the Danish king, Christian IV, enraged over rumors that Brahe, a father of eight, was having an affair with the king’s mother. The cousin supposedly slipped some mercury into Brahe’s glass, causing him to die in delirious pain...

Legend has it that, at age 20, he damaged his nose in a duel with a fellow member of the Danish gentry, Manderup Parsbjerg, not over a woman, but over some fine point of mathematics...

A second NYT article focuses more on the Kepler-Tycho connection, with a reference to a scholarly book on the subject:


Those findings inspired “Heavenly Intrigue: Johannes Kepler, Tycho Brahe, and the Murder Behind One of History’s Greatest Scientific Discoveries,” a 2004 book by a pair of married journalists, Joshua Gilder and Anne-Lee Gilder. They argue that the evidence from the hairs [from a previous, incomplete exhumation and autopsy] points to two incidents of mercury poisoning, one at the time of the banquet and the other just before death, and that Kepler is the prime suspect because he had the means, the motive and the opportunity...

A devoutly religious scholar may not sound like a good candidate for murderer, but the Gilders argue that Kepler was an unhappy, temperamental zealot. In an astrological self-analysis, he described his “eagerness for trickery” and his plots against his “enemies,” and said he was under the influence of Mars's “rage-provoking force.”

Kepler resented Tycho’s higher status and, above all, his refusal to allow access to the full log of observations, including the records of Mars’s movements that Kepler considered essential to demonstrate the validity of his own model of the universe. Kepler tried several schemes to see Tycho’s data — to sneakily “wrest his riches away,” as Kepler put it — but Tycho resisted and forced Kepler to keep working on calculations aimed at supporting the Tychonic cosmology...

The results of the forensic studies will not be available until later this year.  In the meantime, I've requested the Heavenly Intrigue book from our library.  Stay tuned.


The results of a Danish-Czech-Swedish examination of fragments of the earthly remains of the 16th century Danish astronomer Tycho Brahe has had to be postponed until 2012 due to a lack of funding, according to Prof. Jens Vellev who is leading the project.

Addendum December 2012:  The most recent forensic studies do not suggest murder by mercury or other detectable poison.


“There was mercury in the beard, you will also have traces of mercury if you have a beard,” said lead investigator Dr. Jens Vellev, from Aarhus University in Denmark, to BBC News. “But the amount of mercury was as you see in people [alive today].”

“It is impossible that Tycho Brahe could have been murdered,” Vellev added. He also discounted the possibility death from a combination of other toxins: “If there were other poisons in the beard, we would have been able to see it in the analyses.”

Addendum June 2018:  A detailed postmortem examination of Brahe's skeleton by a team in the Czech Republic shows definite evidence of diffuse idiopathic skeletal hyperostosis, which though not a lethal disease, is associated with various comorbidities that may be relevant in Brahe's case: 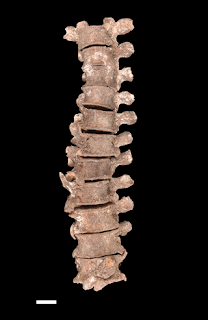 Previous studies of skeletal and hair remains of Tycho Brahe have ruled out the possibility that he died from a violent death (chronic poisoning) and excluded chronic long-term kidney disease and renal osteodystrophy, nutritional osteomalacia, vitamin D and calcium deficiency from gastrointestinal malabsorption syndromes, osteopenia, or osteoporosis.

The current paleopathological study provides further evidence about his health status, by revealing that he suffered from both diffuse idiopathic skeletal hyperostosis and obesity. These results, along with those of the isotopic analysis, give a glimpse into the lifestyle of the famous astronomer, revealing the dietary excesses a 16th century high-ranking individual could have afforded (high caloric intake and presumably excessive alcohol consumption). They also reveal the possible health consequences such a prestigious way of life could have had. Although this study does not allow a definite diagnosis to be reached, it highlights plausible reasons for the sudden illness and premature death of the famous astronomer, notably conditions resulting from so-called civilization diseases, which occur with high frequency in DISH patients.