There are all sorts of buried treasures...

From a story in the Guardian's "Experience" series:


The first time I dug up some vintage denim, I had no idea what it was worth. It just looked like some old rags, so instead of carefully uncovering it, I pulled on it and tore it to pieces. I’d actually been digging for antique whisky bottles, and what I didn’t know then was that those “rags” were likely worth thousands. 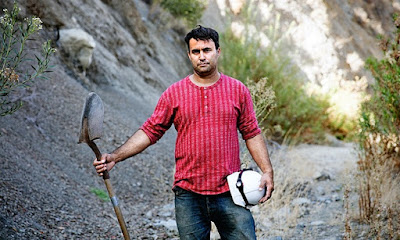 Out in the desert in California, Nevada and Arizona, there are abandoned silver mines like buried time capsules, virtually untouched, and you can find vintage bottles down there that are worth a lot to collectors. But as I searched for them, I kept coming across these scraps of denim, because jeans,
especially Levi’s, were worn by the silver miners in the late 1800s. When a miner got a new pair of work pants, he’d cut up the old ones and use them for lagging around pipes, so there were a lot of antique jeans buried out here...

I put a few of the denim items I’d dug up on eBay. A Japanese collector contacted me and came all the way out here to look at my collection in person. I sold him a jacket for $1,000. At the time, it seemed a good deal, but he told me not to talk to other people or tell them what I was doing; I realise now that he didn’t want me to find out how much these things were worth. I talked to other dealers and collectors, and found out he was selling the pieces back to Levi’s for its archives – he’d sell them a pair of jeans for upwards of $100,000...

A few years ago, my father-in-law dug up the holy grail: the oldest pair of Levi’s from 1873, the first year they were manufactured. They’re in really good condition – they look like a normal modern pair of jeans, really, only back then, they had a crotch rivet and no belt loops. I wish we could keep them for our personal archives, but recently I had an offer of about $100,000.


They were purchased in 1893 by Solomon Warner, a storekeeper in the Arizona Territory. Warner was a colorful character who established one of the first stores selling American dry goods in Tucson and survived being shot by Apache Indians in 1870. 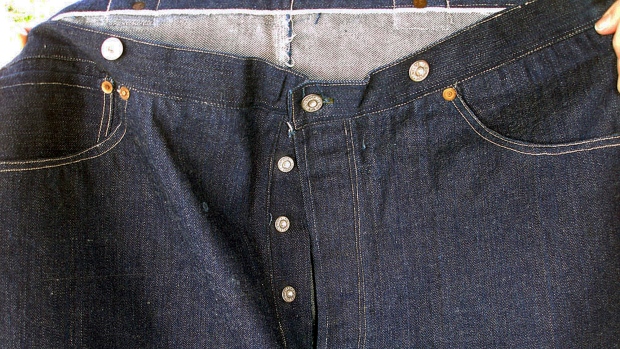 The denim was produced at a mill in New Hampshire, and the jeans were manufactured by Levi's in San Francisco. Unlike modern Levis, the jeans in those days had only a single back pocket. There were no belt loops because men used suspenders back then...

They'd been stored for decades in a trunk and were in pristine condition because Warner wore them only a few times before falling ill, Soules said.