Responses to the banning of burkinis 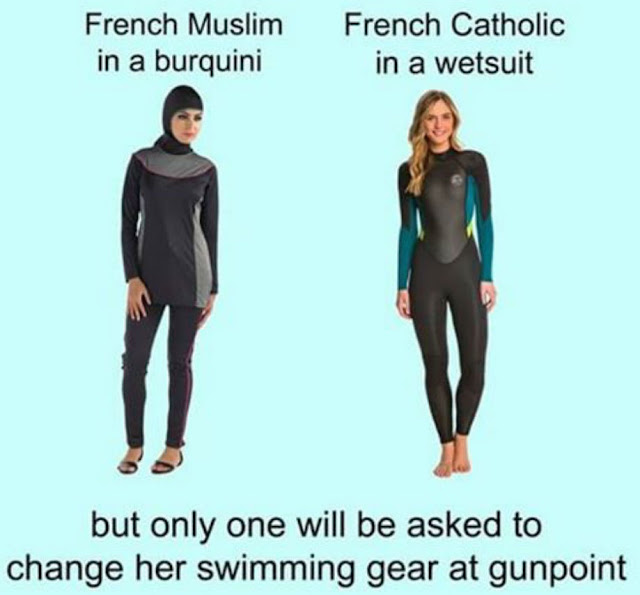 In the one televised interview I have seen with a French official, he did not cite security risks, but rather tried to justify the ordinance on the basis that "seeing those outfits on the beach makes people uncomfortable."  There are other "justifications" -


For those on the right, including former president Nicolas Sarkozy, the burkini is a “provocation,” a symbol of radical Islam in a country still reeling from the terrorist attacks in Paris last fall and in Nice in July. For those on the left, such as Prime Minister Manuel Valls, the burkini is a means of “enslavement,” the subjugation of women to a patriarchal religion.


The women who wear burkinis, she said, cannot be called oppressed. They are not the women subservient to a conservative Islam; they are the women who sit on beaches unsupervised by men, enjoying their leisure time in mixed social company.

And here's an image posted by an Italian imam who suggested that these women will not be asked to remove their beach clothing: 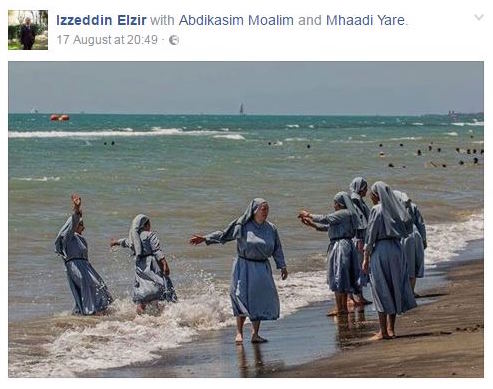 Embedded images via The Independent.

Addendum:  Responses from five women who choose to wear a burkini.