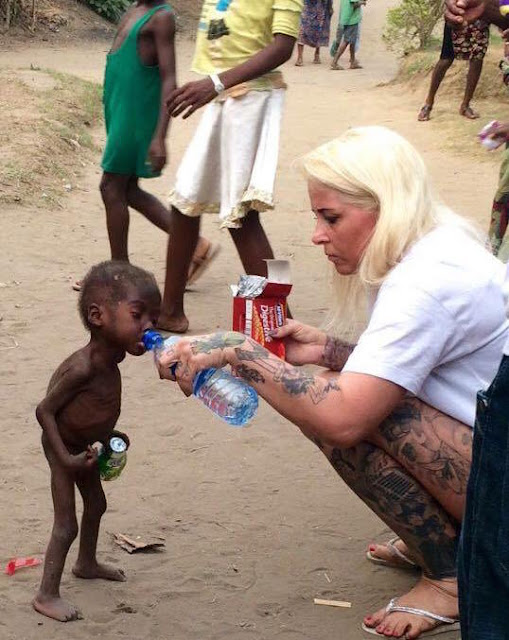 A woman from Denmark named Anja Ringgren Lovén has spent three years in Nigeria saving children from the worst cases of abuse. She is taking care of kids abandoned by their own very families for being witches.

A documentary on her work is coming up and she has been raising funds [via this link] from people in her country to assist the kids.   See what this woman is doing, it can’t be compared to some Nigerian NGO’s that are just eating UN’s money.

“I’ve seen much here in Nigeria over the last 3 years. I have spared you for many experiences when we’ve been on the rescue operations. Thousands of children are being accused of being witches and we’ve both seen torture of children, dead children and frightened children. This footage shows why I fight. Why I sold everything I own. Why I’m moving out in uncharted territory. Why the new documentary is so important for dinnødhjælps work so we can shout world leaders up so we can get focused on superstition in Nigeria! I hope you will all see with when ” Anja Africa ‘ is being shown on TV. Together we can make the biggest difference!

Photo and text from awomkenneth.com.

Via Reddit, where it is noted that this woman has raised a million dkr in a few days to help the children.