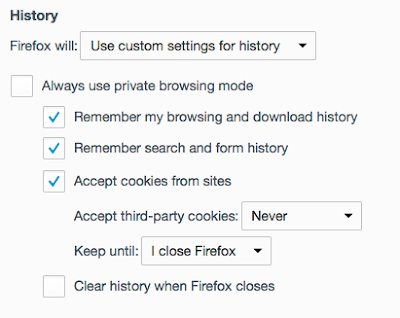 A couple times every year I get inquiries via email from readers who report being unable to write comments on the posts.  The problem does not lie with the way the blog is set up, or with the blogspot host.  Almost always the difficulty arises because of security settings in the reader's personal computer.

I was startled to encounter the problem myself this past week.  One morning I wanted to write a reply to a comment received overnight, but on several attempts to write a response, the computer simply refused to enter my comment.  No explanation was offered.

After several fruitless attempts, I did what I had advised readers to do in the past - switch to a different browser.  So I went from my standard Firefox to Safari and was able to enter the comment without any difficulty.

It took me a while to realize that the night before I had become frustrated by a paywall appearing at one of my favorite news sites.  I had been coping with this by deleting cookies after reading four or five links there, so I had decided to block cookies from the site by adjusting the Firefox settings to not accepting third-party cookies.

So to fix the problem, I opened up Firefox Preferences' Privacy settings (they were checked as in the screencap at the top of the pos)t.  Then I revised the option regarding third-party cookies as follows: 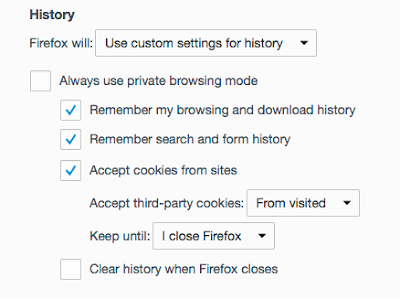 ... and once again my ability to write blog comments while on Firefox was restored.

There are more sophisticated ways to manage cookies, which is not really the subject of this post.  Just wanted to post a possible fixit for anyone out there still frustrated by being unable to write comments here, because useful and insightful comments are an integral part of TYWKIWDBI.