Nuns vs. Monks in medieval "baseball"

"Rivalry in sports is not just something of our time. Nor is baseball. Both date back to at least the fourteenth century, when this image was made. What is less likely encountered in a baseball game today are the teams: monks vs nuns. The scene is from the margin of a medieval page, the location used to make fun of people. The manuscript contains a romance, popular among the medieval nobility. Somewhere, someone in a castle had a good laugh about these religious men and women playing ball. "

The marginal illustration comes from a 14th century book in Oxford's Bodleian Library (MS Bodley 264).  It has many hundreds of these marginal cartoons, which you can view at this link.


(fols. 3r-208r) The Romance of Alexander in French verse, with miniatures illustrating legends of Alexander the Great and with marginal scenes of everyday life, by the Flemish illuminator Jehan de Grise and his workshop, 1338-44; with two sections added in England c. 1400, (fols. 209r-215v, with fol. 1r) Alexander and Dindimus (Alexander Fragment B) in Middle English verse, with coarser miniatures, and (fols. 218r- 71v, with fol. 2v) Marco Polo, Li Livres du Graunt Caam, in French prose, with miniatures by Johannes and his school.

During a brief perusal, I found these images: 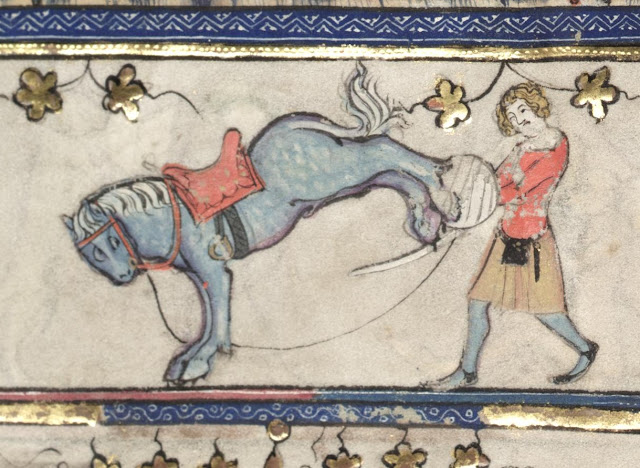 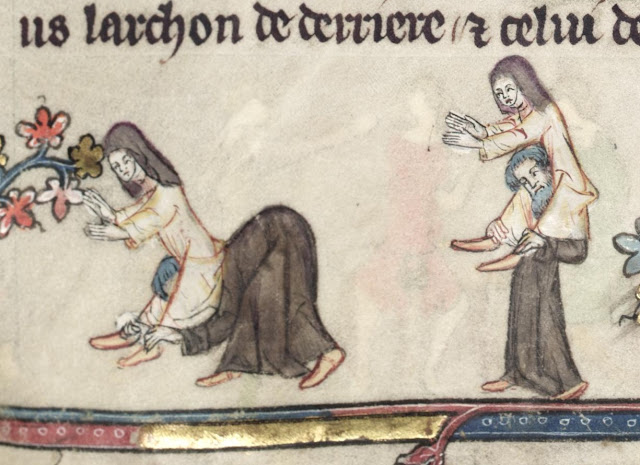 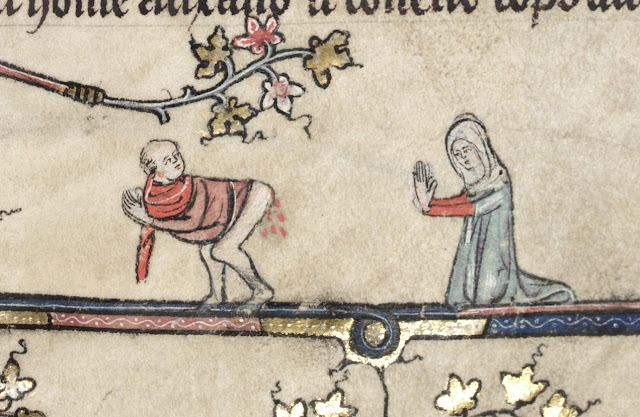 I'm at a loss to explain why the illuminator chose to depict hematochezia in that last vignette.  But the one that interested me most was this one, depicting beggars wielding scabella - 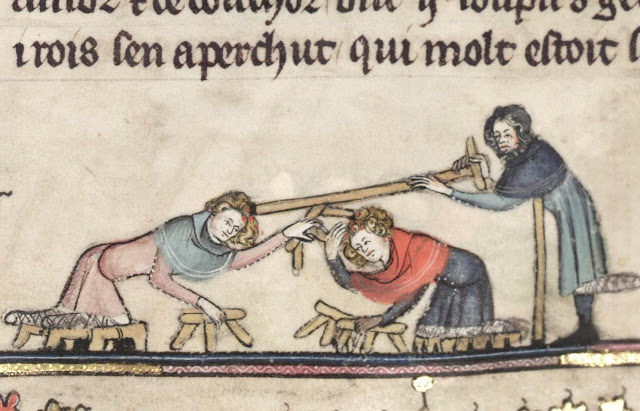