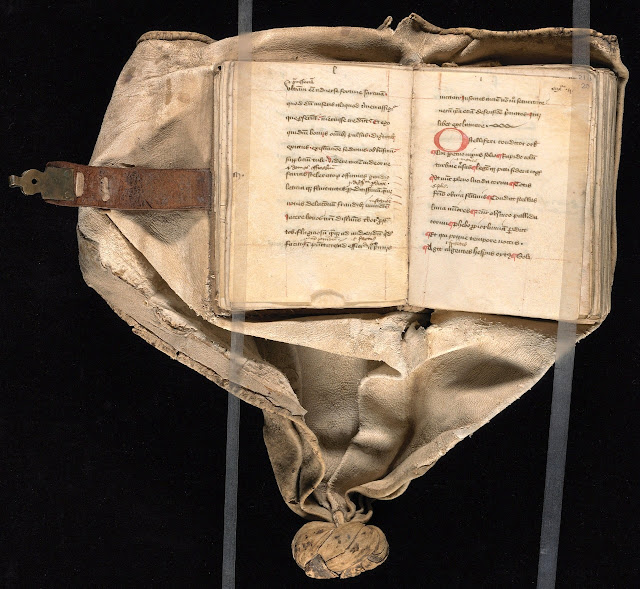 From the collections of Yale's Beinecke Library:


This volume of Boethius’ Consolations of Philosophy, likely copied in England in the fifteenth century, was re-bound soon after as a “girdle-book,” to be read while hanging from a belt at the waist.

The full catalogue description of the book has been summarized at Erik Kwakkel:


This example from Yale’s Beinecke library is a rare example of a girdle book that contains its original binding - the knot was slipped under the owner’s belt, where the object would dangle until needed. It is a delightful specimen that looks very attractive in spite of the plain material that was used - undecorated leather. The book it covers was written in England during the fifteenth century (though the binding may be continental). It contains Boethius’ Consolation of Philosophy, written in the sixth century and discussing such topics as free will, virtue, and justice. These may not be the usual topics to have ready at hand while walking the streets of a late-medieval city, but someone found such use important enough to have the text fitted in a crafty binding.