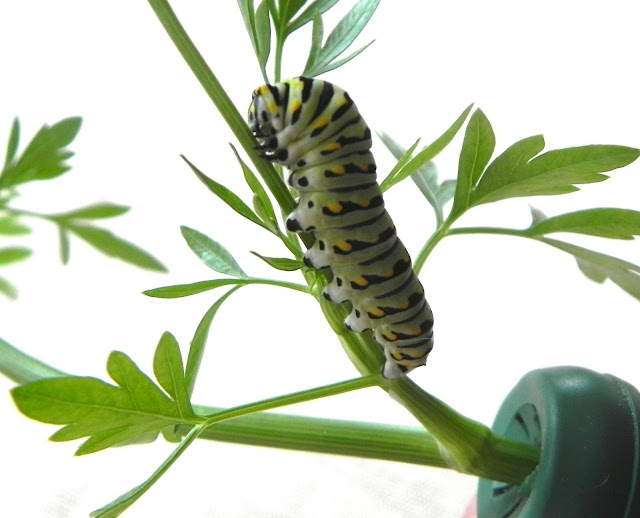 Here's some real hope and change.  Some of you will remember the Black Swallowtail egg that made its debut here on a June 8 linkdump.

What emerged from that egg was a caterpillar whose color pattern changed from an initial black-with-yellow-spots to show a green between the black as his body enlarged.  When he got that big I added some wooden twigs to the container holding his foliage food.  He moved over to a stick a couple days ago... 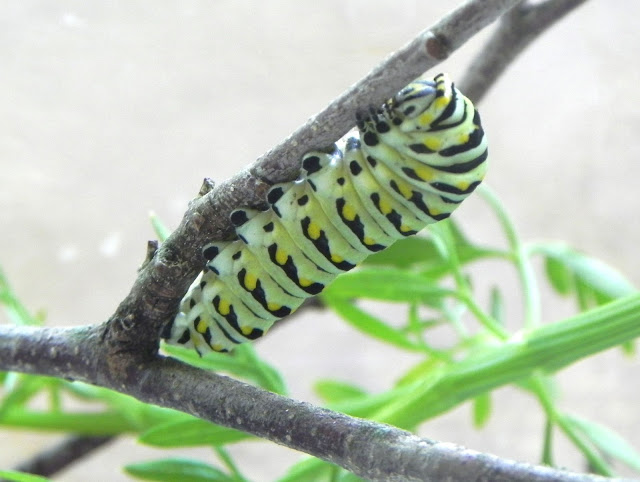 That position is quite characteristic for a caterpillar who is ready to pupate.  I had made sure that at least one of the sticks was at an angle such that he could hang beneath it using those clasping prolegs in the center of his body.

He then got busy creating a delicate silk sling to support his body, and the next morning I found him... 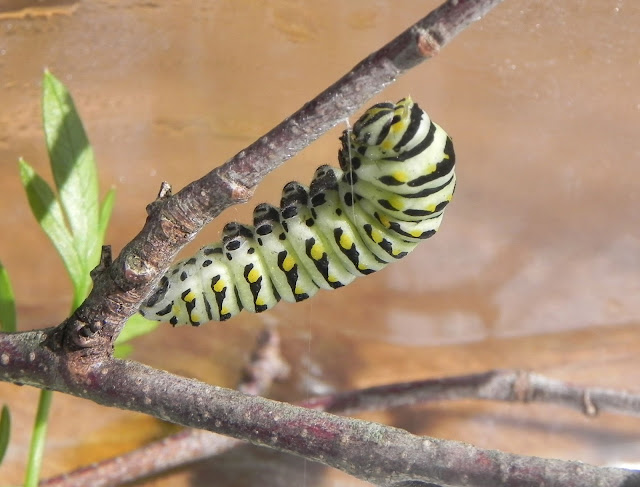 ... suspended by that sling, with the prolegs and front true legs retracted from the stick.  The above photo was taken at 9 a.m..  I had chores to do that day and didn't get back to check him until nine hours later when he looked like this: 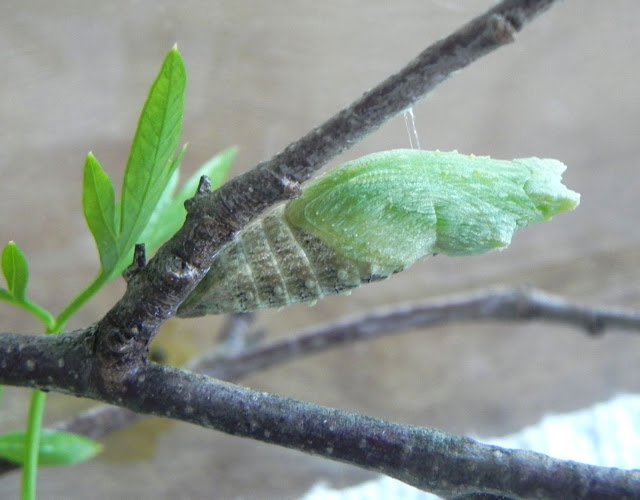 This is what boggles my mind, and why I continue to be as fascinated as a child by this process of metamorphosis.  He is forming his chrysalis, and you can already detect the wing structure in the upper green portion (slightly crimped by the sling, with little dots at the base where he will have spots on the trailing edge of his wing.)

He looks nothing like a caterpillar any more, and by the next morning, this part of the transformation is complete: 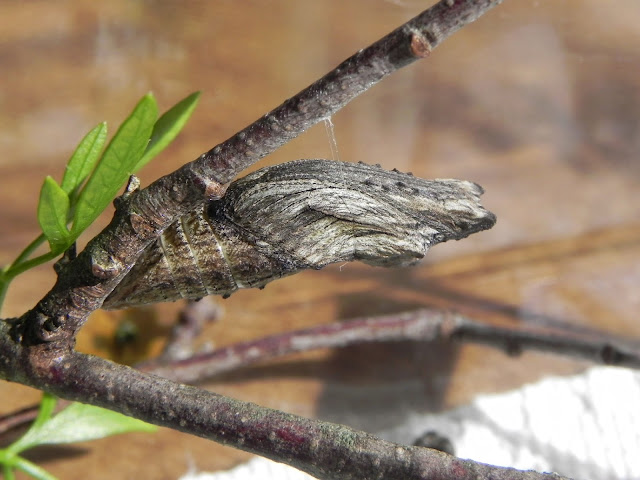 He is now the color of the stick and is reasonably camouflaged from predators for the somewhat prolonged time it will take for him to continue changing into a butterfly.  That casing around him is also relatively hard and presumably relatively resistant to ants and mites and maybe even the parasitic wasps.  It probably is also relatively impermeable so he doesn't dehydrate while he rearranges his body structures to prepare for flight. 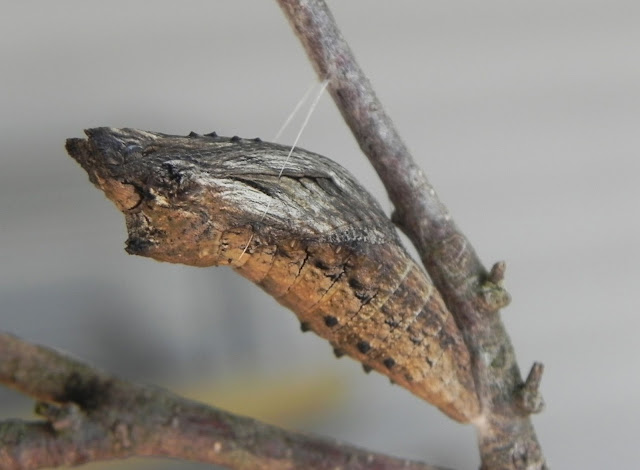 Here is the same chrysalis at the same time, taken from the reverse angle to emphasize the silk sling.  How does he do that??!!  Make a sling that goes around behind your body like that?

Now I wait for the final step when he ecloses in butterfly form.  With Monarchs, my wife and I can tell within a couple hours when the butterfly will emerge.  But this one will be a litle tricky, because I don't have much experience with swallowtails, and it will be hard to detect color changes inside that dark chrysalis.

Update:
After about another week (on July 5), the chrysalis looked about the same - 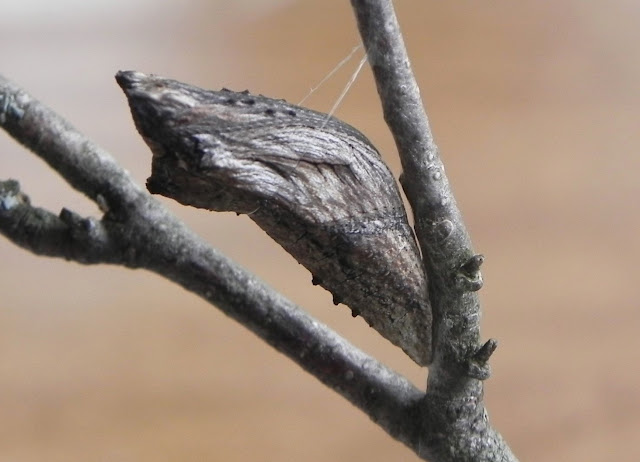 - I use ambient light on the screen porch, not studio lighting, so it's hard to compare the photos for color, but the changes are subtle at best - perhaps more black than brown now.