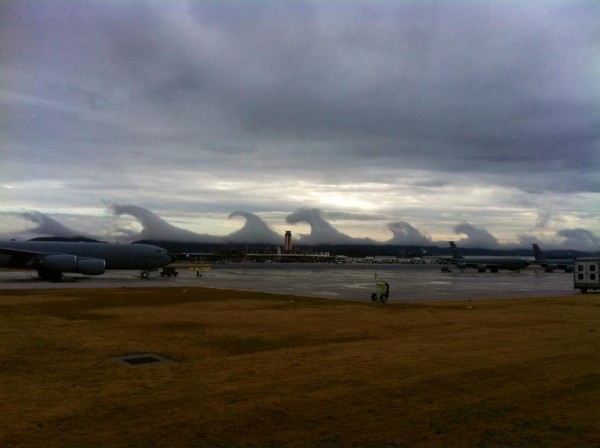 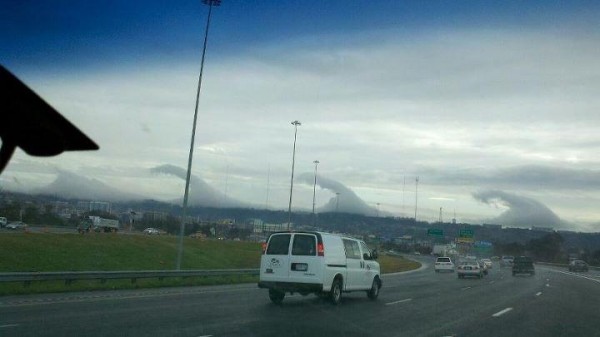 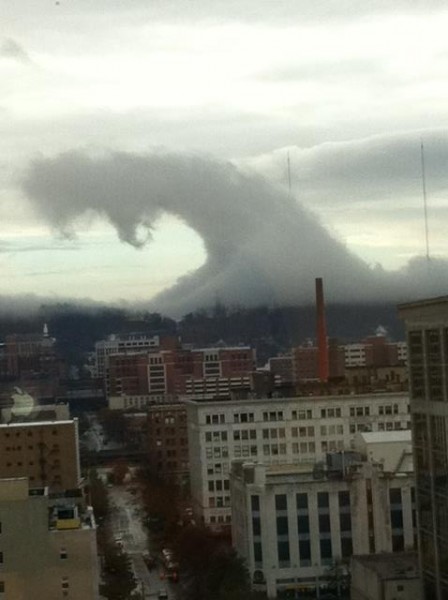 
These are indeed Kelvin-Helmholtz waves. What is happening is that the nocturnal near-surface layers (lowest 50-100m) of the atmosphere are much more stable than the layers above it in the mornings. Until the ground heats up due to daytime heating, the surface layers stay more stable than the air over it. Kelvin-Helmholtz waves occur when the wind shear between the layers destabilizes the topmost portion of that stable layer, and entrains the air into the unstable layer. What you see is stable air being lifted, cooled, and condensed so that this process becomes visible, though this commonly happens many places without being visible.


I'd also like to note that this is different from gravity waves as stated elsewhere as these are completely shear induced while gravity waves are usually from lifting buoyant air into a stable region and gravity pulling that air back down. When that air is pulled back down, it can overshoot it's location of being stable, and a wave pattern forms.

More at Wikipedia, where I found this photo of the same process happening on Saturn! 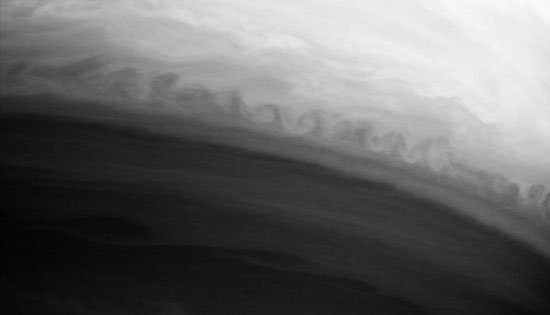 You learn something every day.
Reposted from 2011 to add some new photographs: 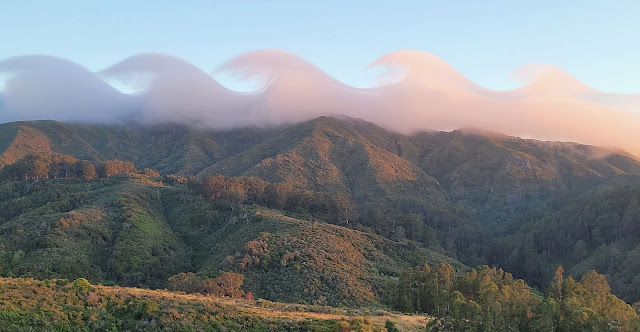 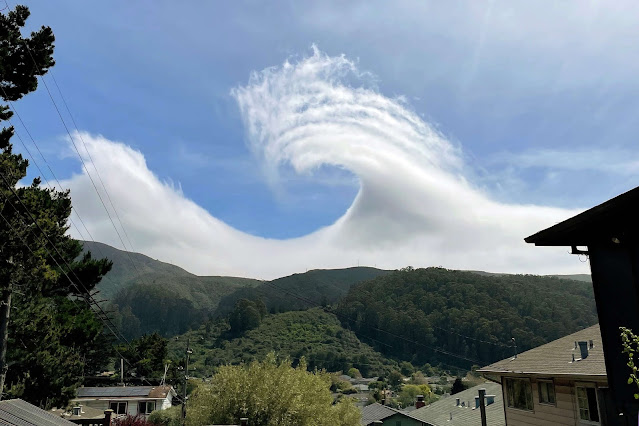 Photographed just south of San Francisco by residents Tara Cronin and Peter Harrison.  If you see this, grab your camera quickly; this formation disappeared five minutes after the photo was taken.   Via SFGate, where there is relevant discussion.