The dangers of surface tension 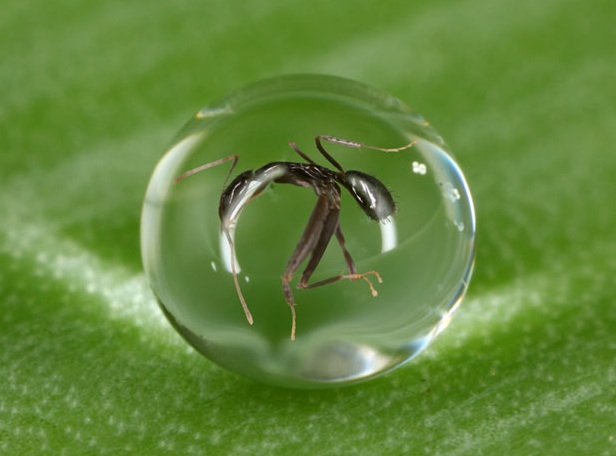 This photograph was one of the "Pictures of the Day" at the Telegraph:


Trapped in a tiny perfect sphere of water, this unlucky ant is unable to escape. A sudden downpour gave it no time to take cover, and photographer Adam Gormley was there to snap the image. Adam, from Noosaville, Queensland, Australia, had been photographing spiders in his neighbour's garden when the rain came down. He had no idea there was an ant in one of the three-millimetre droplets until he viewed the images later...

The image immediately reminded me of the story Surface Tension, which I read in The Science Fiction Hall of Fame Volume One, 1929-1964 over forty years ago.  I remember the compilation as an excellent one, much better than the typical sci-fi collection of stories.