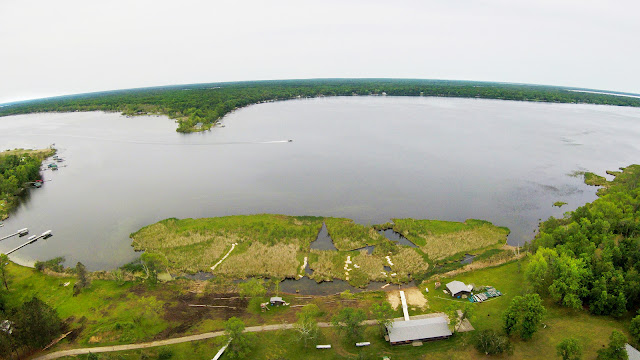 It's not rare for riparian vegetation to become detached and float free in lakes.  But last fall an immense bog near Brainerd Minnesota broke loose after high water lifted the mass of cattails and tamarack trees and high winds began pushing it;  the bog crossed a lake, destroying docks and boat lifts on its journey and eventually effectively obliterated a beach when it finally came to rest at a school safety patrol training center used by 700 children in the summer.  This spring efforts began at solving the problem using local resources and volunteers.

At 4 acres in size and 4,000 tons in weight, the bog has presented a major challenge to removal efforts.  The whitish lines in the top photo are temporary boardwalks set up to facilitate efforts with chainsaws to segment the bog into manageable pieces. 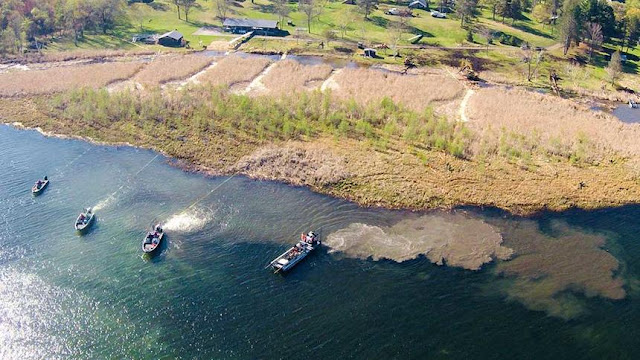 The bottom image is a screencap from drone footage in the video at the Brainerd Dispatch.  That effort was unsuccessful, but recent work has resulted in some segmentation and an expectation for eventual success.