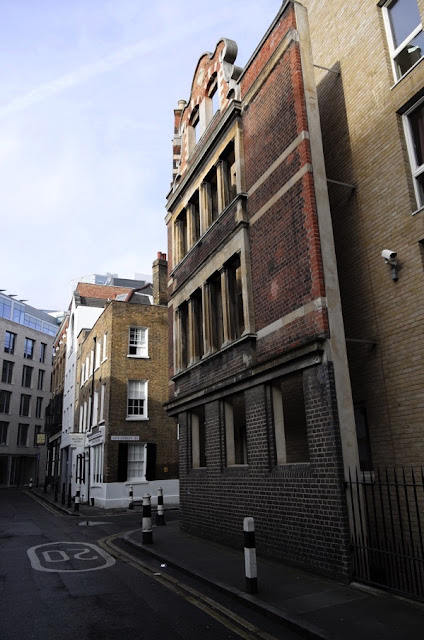 Excerpts and a couple photos from an interesting post in Spitalfields Life:


"As if I were being poked repeatedly in the eye with a blunt stick, I cannot avoid becoming increasingly aware of a painfully cynical trend in London architecture which threatens to turn the city into the backlot of an abandoned movie studio..." 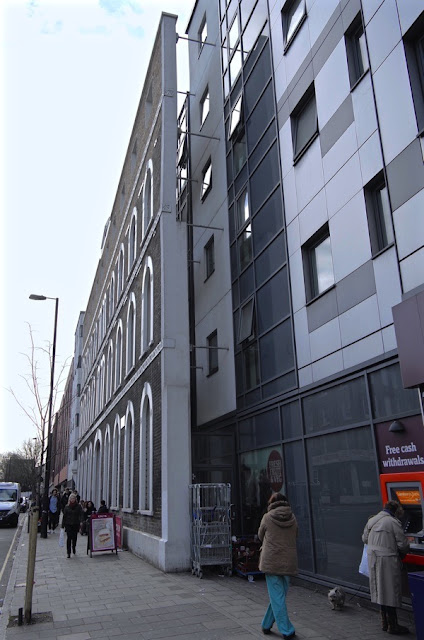 I don't know the backstory, but the implication is that local building codes require developers of new properties to retain or install a facade comparable to that of the historic building being replaced.  I'll let the blogger offer the final statement:


A kind of authenticity’ is British Land’s oxymoronical attempt to sell this approach in their Norton Folgate publicity, as if there were fifty-seven varieties of authenticity, when ‘authentic’ is not a relative term – something is either authentic or it is phoney.

Perhaps some reader of TYWKIWDBI can fill us in with some background.