Were "Ann Bassett" and "Etta Place" the same woman? 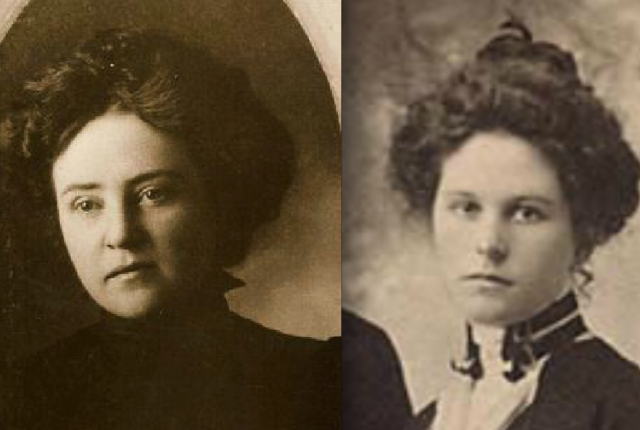 Ann Bassett had a relationship with Butch Cassidy; Etta Place married the Sundance Kid.   There is speculation that the two names were for the same woman.


You may have noticed that both Bassett and Place were beautiful women. In fact, the photos resemble each other quite a bit. The descriptions of each woman by the Pinkerton Agency were almost identical. This also occurred to Doris Karren Burton, who investigated the lives of both women and published a book in 1992 claiming they were one and the same...

The theory goes that Bassett took up with the Sundance Kid after her relationship with Butch Cassidy ended. The men of The Wild Bunch were known to alternate girlfriends, without animosity, and Butch Cassidy was said to have been associated with both Josie Bassett and Etta Place at various times.