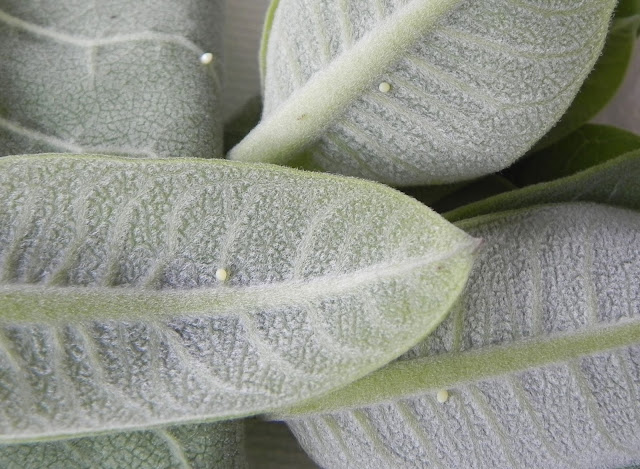 In Russia someone built an outhouse/loo on top of the opening of an abandoned mineshaft.  Intrepid explorers found that adit and explored it, discovering an icicle-decorated mine beneath (dozens of photos at the link).

Who invented the "high five" victory slap currently so common in many sports?  It dates back to the 1970s.

If your travels take you to or through South Dakota, you can visit the Black Hills Wild Horse Sanctuary.

An interesting article in the Los Angeles Times describes what it's like to be an agricultural  field worker:  "Americans don't want to do the fieldwork. They'll go over and make hamburgers for $8 an hour with no insurance, no nothing, when they can make more money here," Teixeira said. "I don't care if you pay $20 an hour, they'll come here one or two days, and they're gone. It's a mind-set: They think fieldwork is below them."

The dark side of home schooling."  The Christian home school subculture isn't a children-first movement. It is, for all intents and purposes, an ideology-first movement. There is a massive, well-oiled machine of ideology that is churning out soldiers for the culture war."

Not that it would ever happen, but just in case: "do not talk to the FBI without your lawyer present. If Harvey’s decades long experience is any indication, chances are that the agents will politely decline to interview you if you and your attorney insist on creating an accurate record of an FBI interrogation."

A man describes what it was like to be swallowed by a hippopotamus: " It was as if I had suddenly gone blind and deaf.  I was aware that my legs were surrounded by water, but my top half was almost dry. I seemed to be trapped in something slimy. There was a terrible, sulphurous smell, like rotten eggs, and a tremendous pressure against my chest. My arms were trapped but I managed to free one hand and felt around – my palm passed through the wiry bristles of the hippo's snout. It was only then that I realised I was underwater, trapped up to my waist in his mouth.

A list of people who have won Academy, Emmy, Grammy AND Tony awards.  It's a short list with only 11 names. (Who would have thought John Gielgud won a Grammy?)

The superprivileged, pampered world of air travel for congressmen: "At Washington’s Reagan National Airport, they have their own special parking spaces—right up close to the terminal—that they don’t even have to pay for. As Bloomberg Television’s Hans Nichols reports, this perk costs the Metropolitan Washington Airport Authority $738,760 in foregone revenue... The airlines allow lawmakers the special privilege of simultaneously booking themselves on multiple flights, so that if they are late or their flight is canceled, they’re guaranteed a spot on the next one."  And more.  Remember, they don't live in the same world you live in.

Closed-captioning glasses allow people who are deaf or hearing-impaired to enjoy movies in theaters. "They also come with audio tracks that describe the action on the screen for blind people."

There is a subreddit that collects chemical reaction gifs.  Put on your safety glasses before clicking.

After the Great French Wine Blight in the nineteenth century, the French wine industry was saved when surviving varieties were grafted onto rootstock from America.

Lobsters show no signs of aging.  If they get enough food and avoid parasites (and humans) they can theoretically live forever (and keep getting bigger as they continue to molt).

The health benefits of running may not apply to long-distance running.  "recent studies suggest the significant mortality benefits of running may diminish or disappear at mileage exceeding 30 miles a week and other, very small studies have shown elevated levels of coronary plaque in serial marathoners—a problem that rigorous exercise theoretically could cause."

In 1942 a British forest guard in Roopkund, India made an alarming discovery. Some 16,000 feet above sea level, at the bottom of a small valley, was a frozen lake absolutely full of skeletons. All the bodies dated from 850 A.D. - and they may have been killed by a hailstorm.  Details at Atlas Obscura.

"Police arrested a Disneyland employee on suspicion of putting a so-called dry ice bomb in a theme park trash can where it exploded."

"Cli-fi" refers to "climate fiction"- a sub-genre of sci-fi.

"Former CIA agent John Kiriakou, who blew the whistle on the US government’s use of torture under the Bush administration, is currently serving a 30 month sentence at the Federal Correctional Institution in Loretto, Pennsylvania."  One of his letters to his attorney, published at The Dissenter, describes his life in a Federal prison, including an incident when prison officials tried to initiate a conflict between him an a Muslim prisoner.

The Telegraph has a video of a flying electric bicycle (invented in the Czech Republic).

Photo:  There are many ways to mark the onset of summer.  At our house one of the metrics is the first appearance of eggs of the Monarch butterfly under the leaves of the milkweed in our garden.  These four eggs were harvested on June 1, and the little caterpillars are growing nicely.  Followup later...