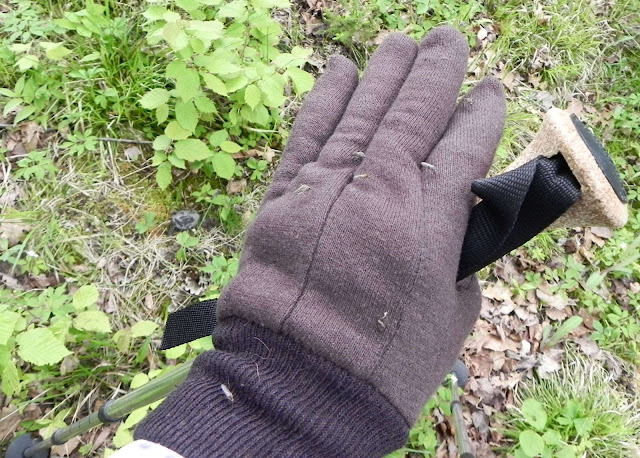 I had an opportunity during my blogcation to engage in my favorite recreational activity - exploring the woods in northern Minnesota.   This time, however, the pleasure was blunted negated by an overwhelming abundance of mosquitos.  I expected them (because of the wet spring with snowmelt water in the woods supplemented by rainwater pools, so I wore a long-sleeve shirt and gloves.  The photo above shows my left hand (holding a trekking pole) visited by seven mosquitos.  Netting over my head kept them out of my nostrils, but the incessant buzzing and the cloud about my face turned a hike into an ordeal.

Not to mention the ticks... 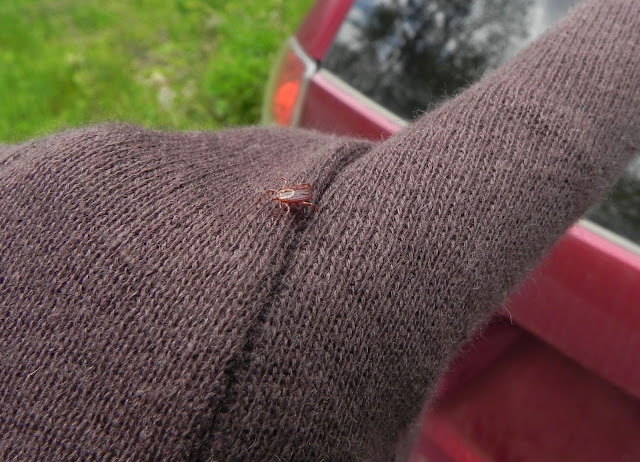 This big fellow is a (relatively) harmless wood tick, of which I accumulated a half dozen, but I was also discovered by a tiny nymph of what may have been a dreaded deer tick.

The reward at this time of year is an abundance of new growth and the presence of the spring ephemerals, especially trillium - 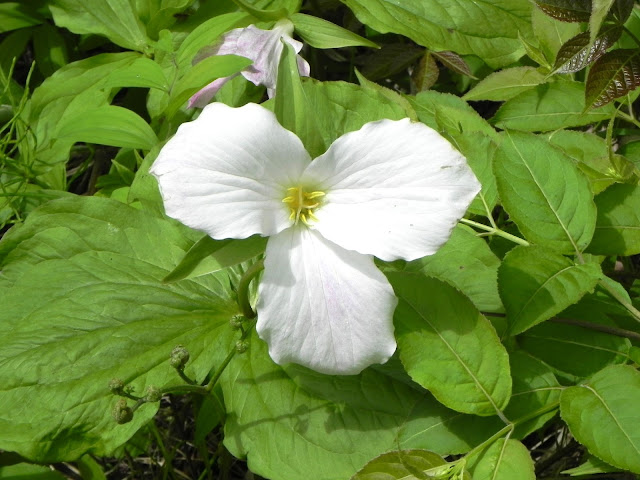 which in some locations virtually carpets the forest floor - 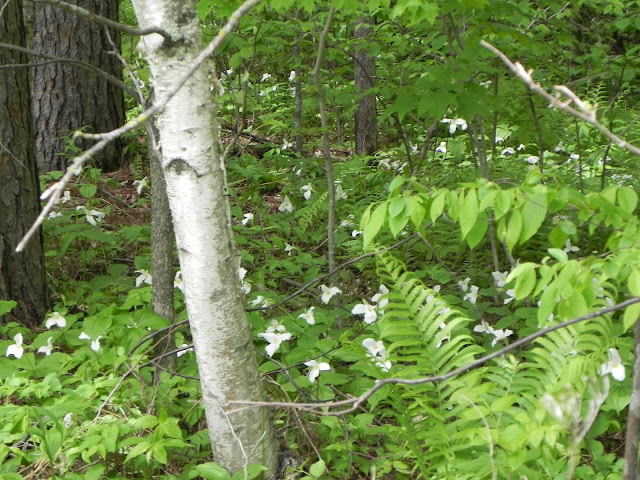 I've often wondered what pollinates these deep-woods flowers.  There are not many butterflies deep in shady woods, although I did encounter this tiger swallowtail along a sandy path - 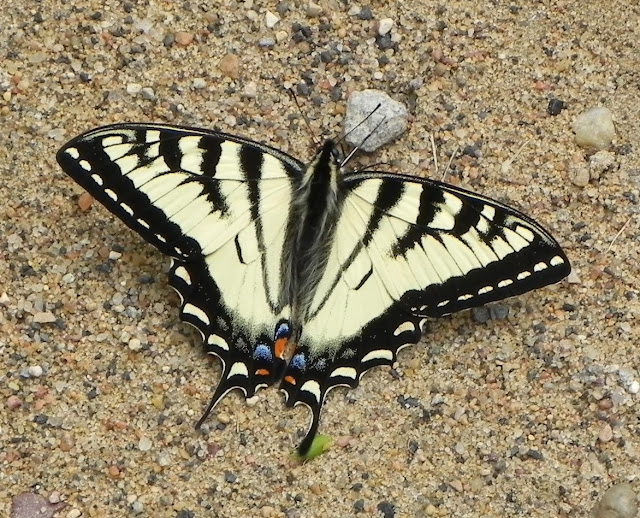 At this latitude (Cass County, about even with Duluth), this is probably a Canadian Tiger (I have difficulty distinguishing them from Eastern Tigers).  But they need solar power, and only cruise roadsides, clearings and open meadows, not the deep woods (except at the treetop level).  I suspect the trillium are pollinated by solitary bees or perhaps moths; they probably wouldn't rely on wind in such a heavily vegetated ecosystem.

The mosquitos finally won the day, driving me from the thick woods to the relative safety of one of the many bike trails - 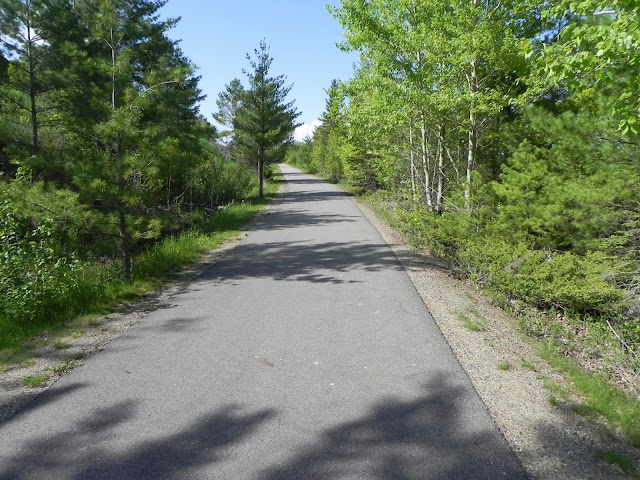 - that crisscross the area, where spring breezes kept the mosquitos away.