"... and another Fog Cutter for Mrs. Grindstaff" 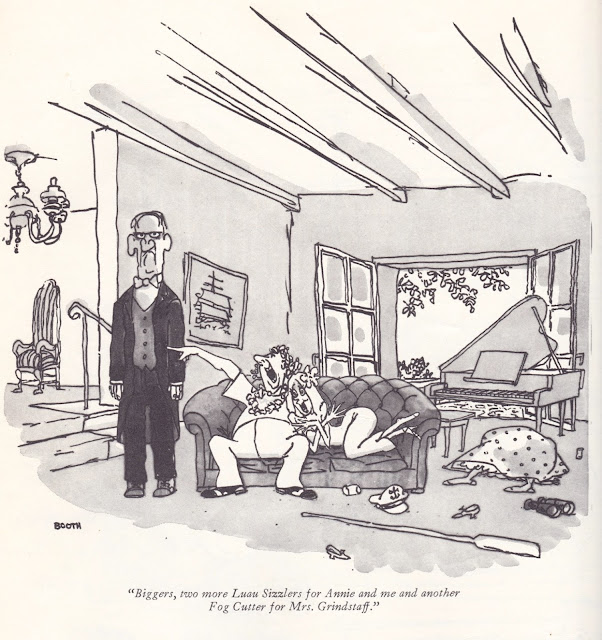 In memory of George Booth, cartoonist for The New Yorker, who died this week at age 96.

His cartoons usually featured an older everyman, everywoman, or everycouple beset by modern complexity, perplexing each other, or interacting with cats and dogs... One signature element of Booth's generally messy or run-down interiors is a ceiling light bulb on a cord pulled by another cord attached to an electrical appliance such as a toaster. Most of the household features in his cartoons were drawn from his own home.
His daughter, Sarah, said, "All his life, he'd sit in his studio and come up with captions and laugh at his own work."

Here's one of those "signature interiors" - 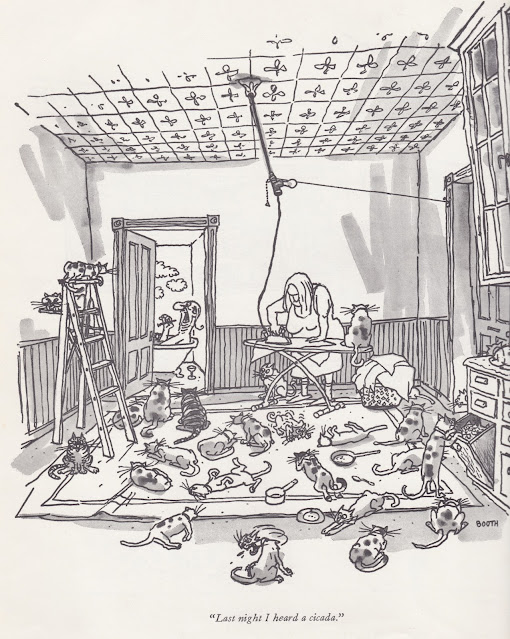 More cartoons later this week after I get a couple books from the library.