I wonder if I've missed anything 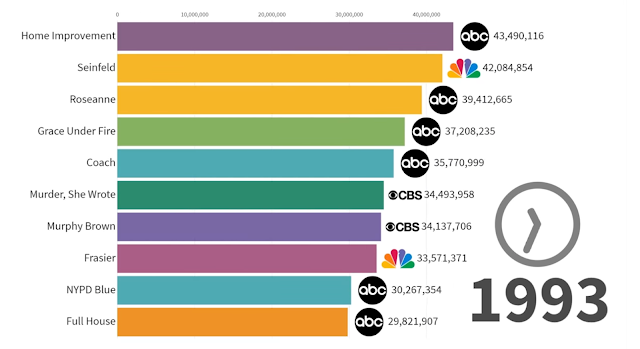 New acquaintances are sometimes startled if they learn that I've never seen a single episode of Seinfeld.  Or The Sopranos.  Or Game of Thrones. 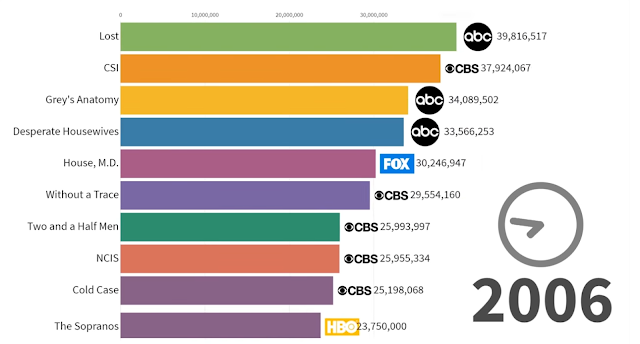 The images embedded in this post are screencaps from an interesting 8-minute-long video graphically depicting the most popular TV series from 1986 to 2019.  I've not seen any episodes of any of the series depicted in these screencaps. 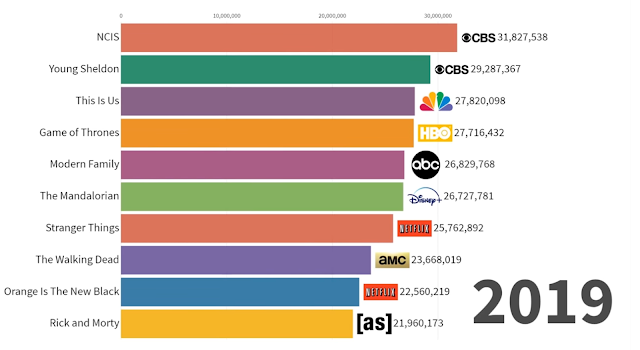 I did watch some Cheers in the 1980s and Mad Men in 2007 and House of Cards in 2013, plus Westworld and Chernobyl and some PBS series, but I seem to have missed out on the vast majority of the popular ones.  Recently, after reading some favorable reviews, I've started binge-watching Breaking Bad (way better than watching as originally broadcast because the DVDs have no commercial breaks).

Not sure whether to undertake any of the others.  Open to suggestions.  Here's the video FYI:

Email ThisBlogThis!Share to TwitterShare to FacebookShare to Pinterest
Labels: video