"Democracy depends on the consent of the losers"

I don't know where the thought-provoking title sentence originated; I found it as the lead sentence in a recent Atlantic article. 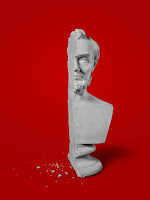 "Democracy depends on the consent of the losers. For most of the 20th century, parties and candidates in the United States have competed in elections with the understanding that electoral defeats are neither permanent nor intolerable. The losers could accept the result, adjust their ideas and coalitions, and move on to fight in the next election. Ideas and policies would be contested, sometimes viciously, but however heated the rhetoric got, defeat was not generally equated with political annihilation. The stakes could feel high, but rarely existential. In recent years, however, beginning before the election of Donald Trump and accelerating since, that has changed...

As partisans have drifted apart geographically and ideologically, they’ve become more hostile toward each other. In 1960, less than 5 percent of Democrats and Republicans said they’d be unhappy if their children married someone from the other party; today, 35 percent of Republicans and 45 percent of Democrats would be, according to a recent Public Religion Research Institute/Atlantic poll—far higher than the percentages that object to marriages crossing the boundaries of race and religion. As hostility rises, Americans’ trust in political institutions, and in one another, is declining. A study released by the Pew Research Center in July found that only about half of respondents believed their fellow citizens would accept election results no matter who won. At the fringes, distrust has become centrifugal: Right-wing activists in Texas and left-wing activists in California have revived talk of secession. 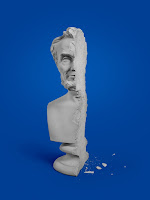 Recent research by political scientists at Vanderbilt University and other institutions has found both Republicans and Democrats distressingly willing to dehumanize members of the opposite party...

What has caused such rancor? The stresses of a globalizing, postindustrial economy. Growing economic inequality. The hyperbolizing force of social media. Geographic sorting. The demagogic provocations of the president himself. As in Murder on the Orient Express, every suspect has had a hand in the crime.

But the biggest driver might be demographic change. The United States is undergoing a transition perhaps no rich and stable democracy has ever experienced: Its historically dominant group is on its way to becoming a political minority—and its minority groups are asserting their co-equal rights and interests...

Posted because I recently was invited to a neighbor's home for Thanksgiving, and during the post-dinner conversations I overheard a lady saying "I hope we're not heading toward a civil war."

Images from the Atlantic source.