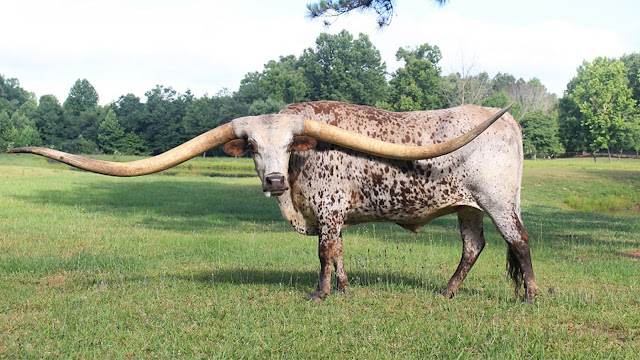 "...a Lone Star longhorn has broken the Guinness World Record for having the longest horn spread on a steer. The record-breaking horns -- they have a 10-foot-7 span -- belong to Poncho Via, a 7-year-old specimen who actually lives in Alabama."

I seem to remember that when I lived in Texas, some people referred to a boring lecture as a "longhorn lecture" (two points separated by a lot of bull).

And this seems to be as good a place as any to post a photo of calf earmuffs:

Apparently they are fairly common.