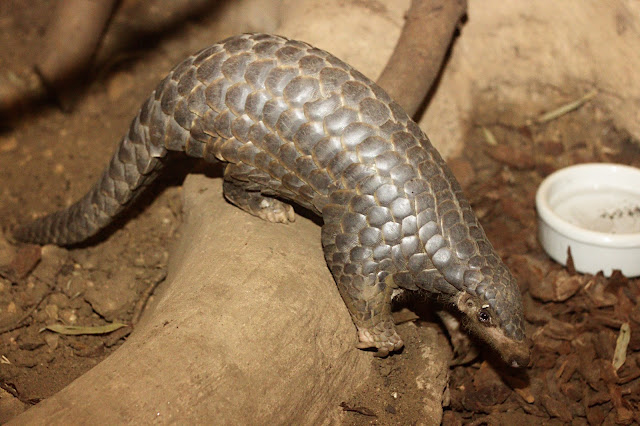 From a report at The Guardian:


The true scale of the slaughter of pangolins in Africa has been revealed by new research showing that millions of the scaly mammals are being hunted and killed.

Pangolins were already known to be the world’s most trafficked wild mammal, with at least a million being traded in the last decade to supply the demand for its meat and scales in Asian markets. Populations of Asian pangolins have been decimated, leaving the creatures highly endangered and sharply shifting the focus of exploitation to Africa’s four species...

A total ban on the international trade in any pangolin species was passed by the Convention on the International Trade in Endangered Species in September. But Ingram said the enforcement of both international and national laws had to be increased to prevent African pangolins following their Asian cousins on the path to extinction.

The demand in Asia for pangolin meat and scales as delicacies and supposed medicinal uses is a major factor in cross-border trade but a significant proportion of African pangolins are eaten locally. Ingram said that measures are also needed to develop alternative livelihoods for African hunters of pangolin...


The pangolin trade is centuries old. An early known example is in 1820, when Francis Rawdon, 1st Marquis of Hastinges and East India Company Governor General in Bengal, presented King George III with a coat and helmet made with the scales of Manis crassicaudata [low-res photo at the link]. The gifts are now stored in the Royal Armouries in Leeds.

The pangolins are boiled to remove the scales, which are then dried and roasted, then sold based on claims that they can stimulate lactation, help to drain pus, and relieve skin diseases or palsy. As of 2015, pangolin scales were covered under some health insurance plans in Vietnam.

The scales can cost more than $3,000/kg on the black market.

Reposted from 2017 to show this image of a shipping container with the remains of 36,000 poached critically-endangered pangolins: 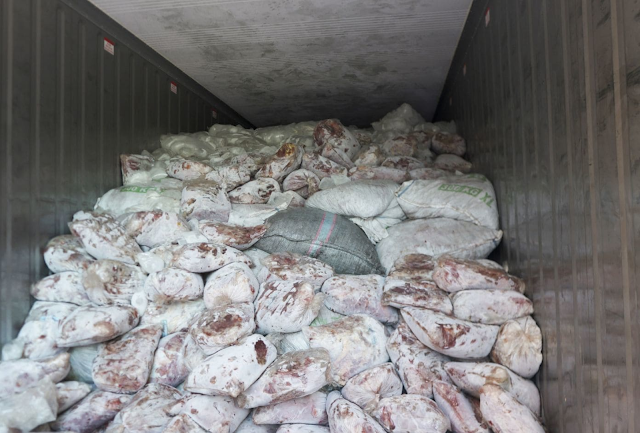 They sailed into a Singapore inspection port by shipping container, the vessel marked “frozen beef” and bound for Vietnam. Inside, customs officials found the sacks, packed and piled from floor to ceiling. They overflowed with the product of a wildlife smuggling operation so vast, yet so niche, it had conservationists worried about the extinction of an animal that most people haven’t even heard of yet...

Restaurants buy pangolin meat, which is considered a delicacy, an off-menu item that a well-heeled customer might order when trying to impress. Those seeking the new cure-all buy the scales, which are used in traditional medicine to treat everything from rheumatism to cancer, even though there is no known science that supports their remedial properties. And the fashion industry has shown interest in the skin, its diamond pattern making for an attractive leather design. It’s scale-to-tail consumption.