The "superbloom" is producing a butterfly bloom 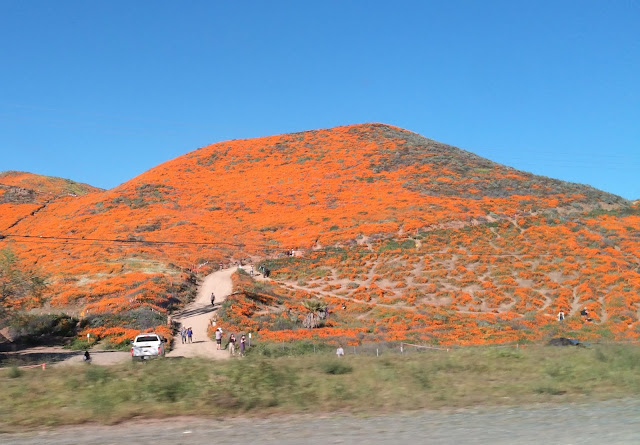 The extraordinary "superbloom" of wildflowers in California this spring is triggering an explosive growth in the local population of Painted Lady butterflies.


By the millions, the butterflies are fluttering through Southern California, feasting on a proliferation of herbaceous plants like cheeseweed and hollyhock.


It’s part of their normal movement north from the dry deserts of Mexico to the lush Cascade Range in the Pacific Northwest. But the population is outsized this year, the latest colorful natural phenomenon produced by winter’s abundant rainfall and a cooler February that has kept the plants from drying out...

“We were seeing at least 100 of them a minute,” he says. “That’s just looking out one window. We’re talking about a population in the millions, easily no question.”  In the deserts outside of Southern California, Yanega says there are caterpillars “everywhere.”.. 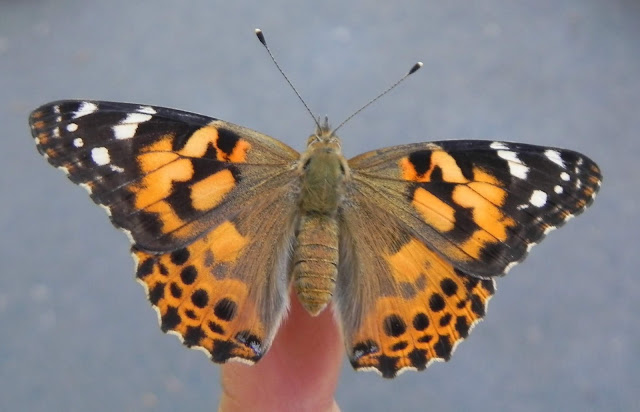 Their flight north is typically made up of multiple generations, with a butterfly going a certain distance, then laying eggs. Its brood will hatch and continue north. That’s similar to the famed migration of monarch butterflies, which are commonly mistaken for painted ladies.

Brown says the movement of painted ladies isn’t as dramatic, but it is far more ubiquitous—painted ladies are found around the globe. “The migration is not only happening here in North America. It happens between Africa and Europe as well,” he says. “It really is a worldwide phenomenon.”..

These painted ladies are native—and that’s something to celebrate, says Yanega. 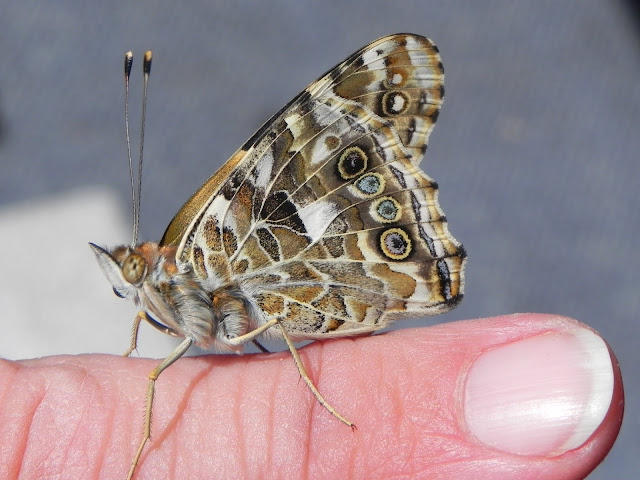 Photoessay of the life cycle at Painted Lady (Vanessa cardui).

Top photo from Wikipedia; the other two from my files.