Why India (and only India) is called a "subcontinent" 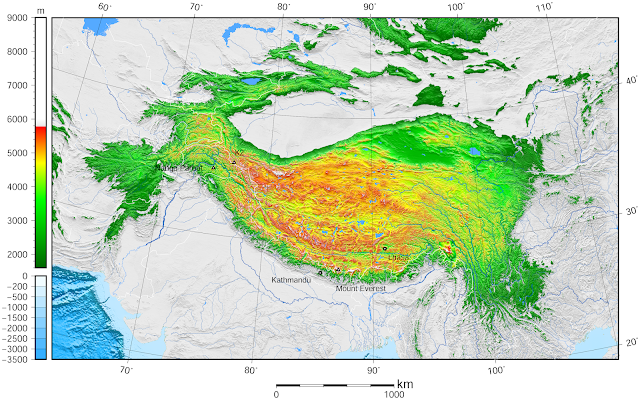 The answer begins with the topographic map above and discussed in an explainlikeimfive thread:

"Note that the use of the term 'Indian subcontinent' predates the discovery of tectonic plates.
The Indian sub-continent is bounded by mountains and other unfriendly terrain on all of its landward approaches.
This led to a degree of distinctiveness from the surrounding areas. Not only do Indians look different from the Persians/Arabs to the west and the Sinosphere peoples to the east, but they have a very different culture (or spectrum of cultures).
You rarely hear 'subcontinent' used in different contexts because there really isn't anywhere else like India in this respect. All of the various places you mentioned don't contain significant geographically isolated distinct peoples and cultures..."

Wikipedia notes that if Eurasia is regarded as a single continent, Europe could then be termed a subcontinent.