The joy of the bronze medalist 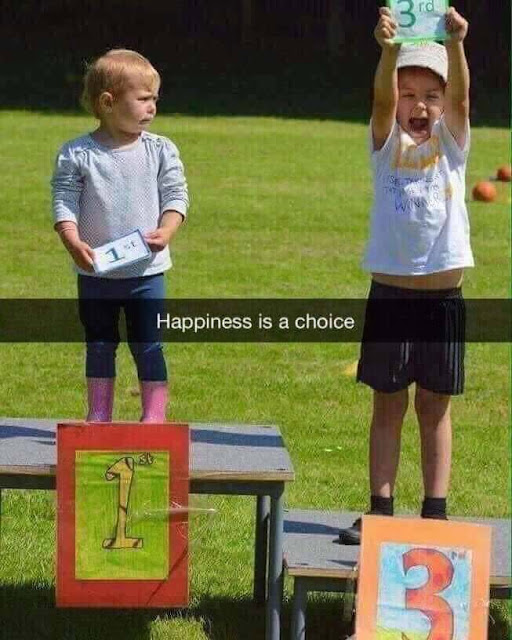 It has been known for years that athletes who win bronze medals are happier than those who win silver.  When I encountered the photo above, I decided to look up the source.  Found this in Scientific American:


To scientifically investigate this question, the researchers took video footage of the 1992 summer Olympics in Barcelona, Spain. Specifically, they recorded the medal ceremonies and showed them to undergraduate students, as well as footage from the athletic competitions immediately following announcements of the winners. They asked them to rate the happiness displayed by each of the medalists on a 10-point scale, with 1 being “agony” and 10 being “ecstasy.”

Altogether, they found that thirteen of the fourteen gold medal winners smiled immediately after they completed their winning match, while eighteen of the twenty-six bronze medalists smiled. However, none of the silver medalists smiled immediately after their match ended. More interestingly, the facial expression that were recorded among silver medal winners ranged from sadness (43%) to contempt (14%) to nothing (29%). This means that it wasn't just that the silver medal winners were less happy than gold medalists; instead, as Matsumoto and Willingham write, "those who displayed something displayed discrete, negative emotions."