Here's some food for thought 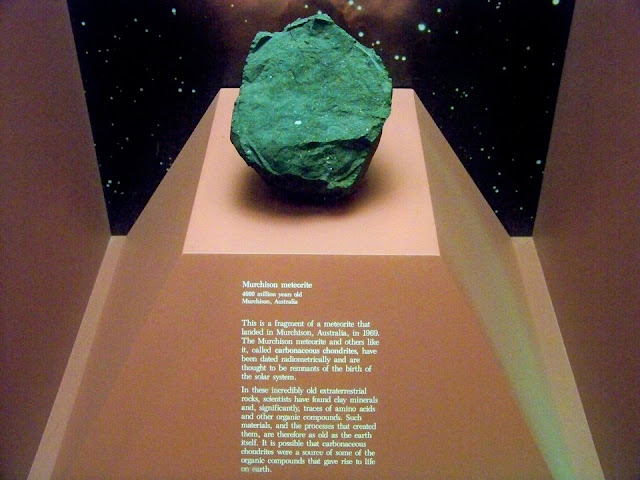 The Murchison meteorite is about five billion years old - older than the Earth.


The meteorite belongs to the CM group of carbonaceous chondrites. Like most CM chondrites, Murchison is petrologic type 2, which means that it experienced extensive alteration by water-rich fluids on its parent body before falling to Earth. CM chondrites, together with the CI group, are rich in carbon and are among the most chemically primitive meteorites...

Several lines of evidence indicate that the interior portions of well-preserved fragments from Murchison are pristine. A 2010 study using high resolution analytical tools including spectroscopy, identified 14,000 molecular compounds including 70 amino acids in a sample of the meteorite.