Excerpts from an article in the Journal of Clinical Sleep Medicine:


René Descartes (1596–1650), “the Father of Modern Philosophy” and advocate of mind-body dualism, had three successive dreams on November 10, 1619 that changed the trajectory of his life and the trajectory of human thought... I propose that Descartes' second dream was not a dream at all; rather, it was an episode of exploding head syndrome; a benign and relatively common parasomnia. 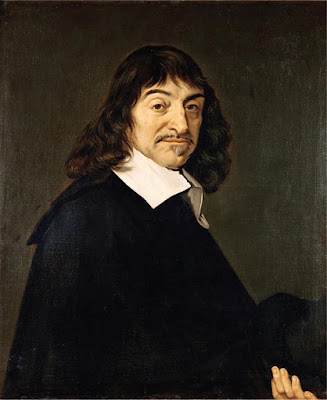 Baillet recounts that Descartes laid awake for 2 hours pondering “the blessings and evils of this world” after his first dream on the night of November 10, 1619. Just as Descartes fell asleep again:

“…immediately he had a new dream in which he believed he heard a sharp and shattering noise, which he took for a clap of thunder. The fright it gave him woke him directly, and after opening his eyes he perceived many sparkling lights scattered about the room. The same thing had often happened to him at other times…”

Descartes' experience following his first dream meets the International Classification of Sleep Disorders, Third Edition (ICSD-3) diagnostic criteria for EHS: (1) a sudden loud noise in the head at the wake-sleep transition; (2) causing abrupt awakening and sense of fright; and (3) not associated with significant complaints of pain.

Recent case reports indicate that EHS is often concomitant with another sleep disorder, most notably sleep paralysis, and it may also be more common in undergraduate students... Because EHS is a benign and self-limiting condition, patient education and reassurance is usually all that is required...

The pathophysiology of EHS is unknown. One theory postulates that EHS is the result of a momentary disinhibition of the brainstem reticular formation, occurring during the transition from wakefulness to sleep. A resulting paroxysm of neuronal activity in auditory and visual regions would explain the sudden perception of a loud noise and flash of light. If so, EHS may represent a sensory variant of hypnic jerks.

Much more at the link.  You learn something every day.