This tick is "questing" 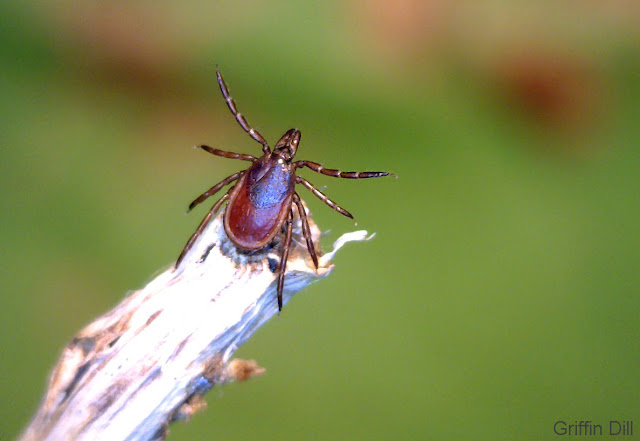 I've known since my childhood that deer ticks position themselves on the tips of blades of grass and wait for passing victims, but I didn't know until last week (hat tip NSTAAF) that there is a speific term for this behavior:


Hard ticks seek hosts by an interesting behavior called "questing." Questing ticks crawl up the stems of grass or perch on the edges of leaves on the ground in a typical posture with the front legs extended, especially in response to a host passing by. Certain biochemicals such as carbon dioxide as well as heat and movement serve as stimuli for questing behavior.