There is a celestial map at Hoover Dam 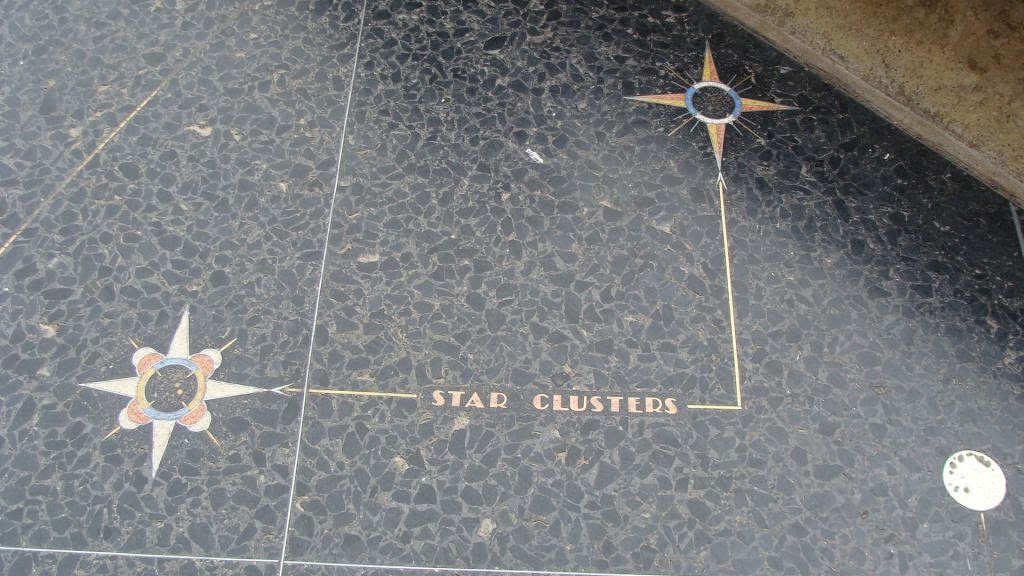 From the Bureau of Reclamation's webpage on artwork at the dam:


Surrounding the base is a terrazzo floor, inlaid with a star chart, or celestial map. The chart preserves for future generations the date on which President Franklin D. Roosevelt dedicated Hoover Dam, September 30, 1935.

The apparent magnitudes of stars on the chart are shown as they would appear to the naked eye at a distance of about 190 trillion miles from earth. In reality, the distance to most of the stars is more than 950 trillion miles.

In this celestial map, the bodies of the solar system are placed so exactly that those versed in astronomy could calculate the precession (progressively earlier occurrence) of the Pole Star for approximately the next 14,000 years. Conversely, future generations could look upon this monument and determine, if no other means were available, the exact date on which Hoover Dam was dedicated.

Photo from a gallery of images.