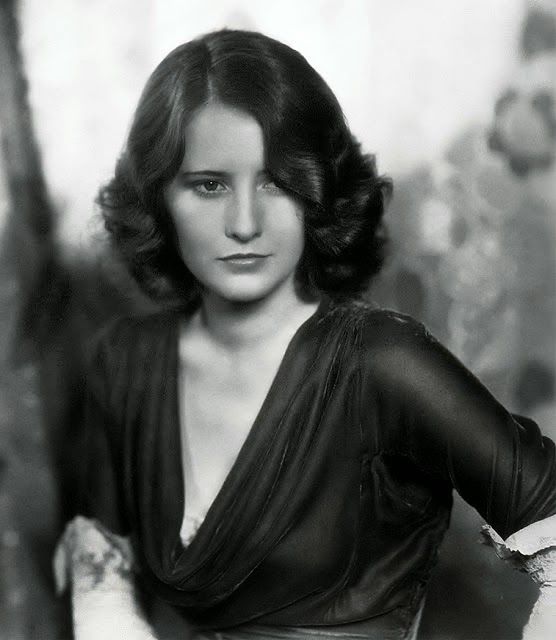 She was born Ruby Stevens on July 16, 1907, in Brooklyn, New York. She was the daughter of a bricklayer. When she was 4, Ruby's mother Catherine, pregnant with her sixth child, was pushed from a streetcar by a drunken passenger, which killed her almost immediately. A few months later her father Byron Stevens ran away to Panama digging the Canal, leaving her sister Mildred to support the children as a chorus girl. She took Ruby on the road, whetting her appetite to be a dancer. She went to work at the local telephone company for $14 a week, but she had the urge to somehow enter show business. When not working, she pounded the pavement in search of dancing jobs...

She went on to garner four Academy Award nominations for best actress in a leading role, won several Emmys and a Golden Globe, and had an immense filmography.

Image and text from Rob's Webstek.