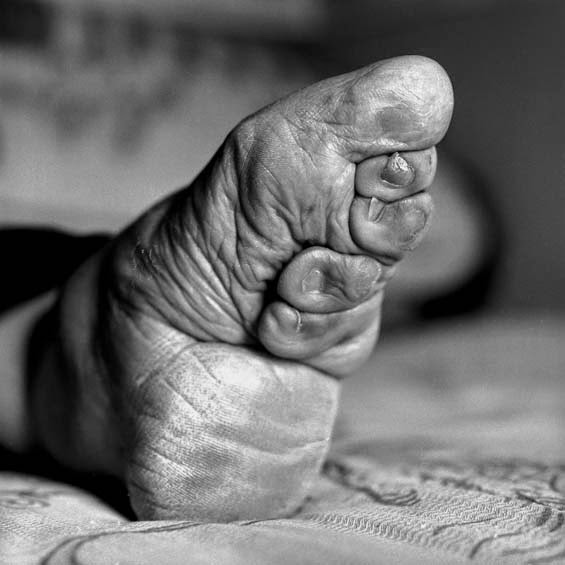 For centuries, millions of young women crushed their feet in a bid to marry well, until the Chinese government finally managed to wipe out the practice in the mid twentieth century. To attain the coveted “three-inch golden lotuses” one needed to start early. “Young bones are soft, and break more easily," a survivor of the practice told NPR in 2007. “Because I bound my own feet, I could manipulate them more gently until the bones were broken.”

Photographer Jo Farrell has been documenting the current lives of the last remaining survivors of that ancient practice.  She notes that there are modern parallels:


“In every culture there are forms of body modification that adhere to that cultures’ perception of beauty. From Botox, FGM, breast augmentation, scarring and tattooing, to rib removals, toe tucks and labrets.”