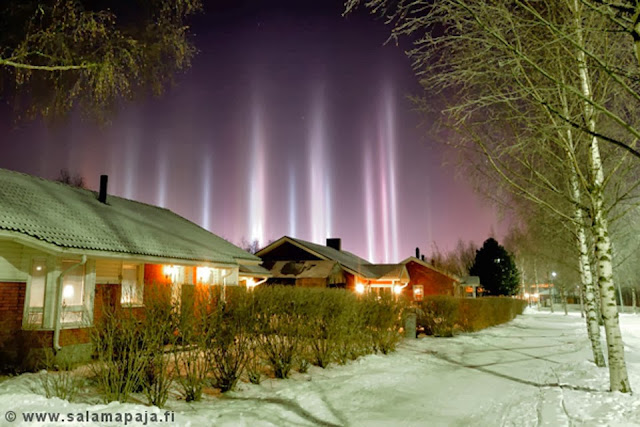 An Astronomy Picture of the Day from Finland, explained at the link and in my previous post on the subject.

Reposted from 2013 to add this awesome Astronomy Picture of the Day taken over Whitefish Bay: 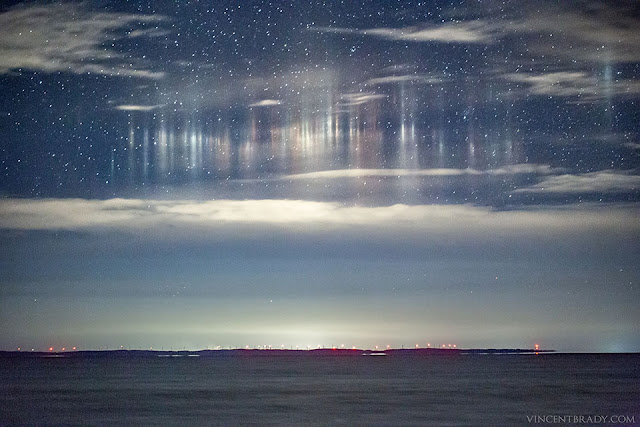 "...vertical lines of light over a ground source that reflect from falling ice crystals. As the ground temperature was above freezing, the flat crystals likely melted as they approached the ground, creating a lower end to the vertical light pillars." And reposted yet again to add this remarkable image from the Astronomy Picture of the Day, which depicts a sun pillar. 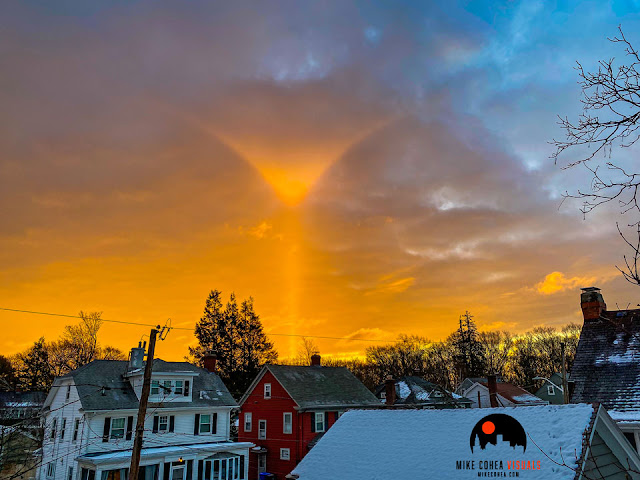 "This was not a typical sun pillar. Just after sunrise two weeks ago in Providence, Rhode Island, USA, a photographer, looking out his window, was suddenly awestruck. The astonishment was caused by a sun pillar that fanned out at the top. Sun pillars, singular columns of light going up from the Sun, are themselves rare to see, and are known to be caused by sunlight reflecting from wobbling, hexagon-shaped ice-disks falling through Earth's atmosphere. Separately, upper tangent arcs are known to be caused by sunlight refracting through falling hexagon-shaped ice-tubes. Finding a sun pillar connected to an upper tangent arc is extraordinary, and, initially, took some analysis to figure out what was going on. A leading theory is that this sun pillar was also created, in a complex and unusual way, by falling ice tubes."

Might as well link to my previous posts on sun and light pillars in 2009 and 2010.
This schematic from Wikipedia - 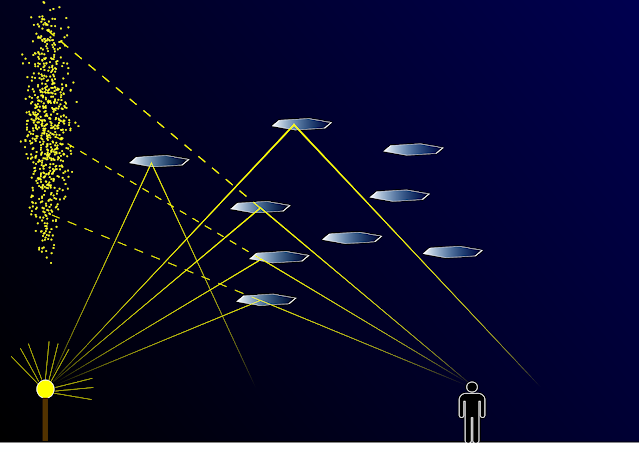 - illustrates how the phenomenon is created.