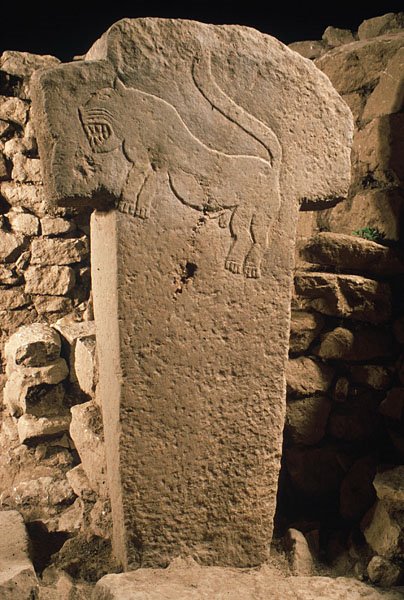 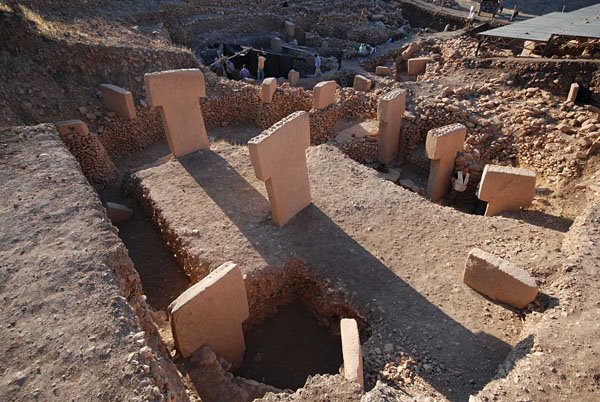 When people think of the history of "civilization," the earliest identifiable distinct culture is that of Sumer, founded around 6000 B.C. The Egyptian pyramids, the Olmecs of the New World, the first dynasties of China all came later - millennia later. The bluestones weren't erected at Stonehenge until about 3000 B.C.

The November 2008 issue of Smithsonian has a fascinating report about excavations on the Turkish/Syrian border of a temple complex that dates to 9000 B.C., which would place it as about contemporary with the earliest rubble at Jericho. Gobekli Tepe has extensive construction and architecture, including circles of carved standing stones, created by people who apparently still lived as hunter-gatherers.

It's hard to conceive of the antiquity of this site just reading the "B.C." numbers. Think of it this way:


"There's more time between Gobekli Tepe and the Sumerian clay tablets [etched in 3300 B.C.] than from Sumer to today."

For those interested in such things, this is mind-boggling.

More info at the links. Image credit to Archaeology.org

Addendum: another article on this site here, with pix and speculation relating it to the legend of the Garden of Eden.

Reposted from 2009 because of this new report from the BBC:


Researchers compared DNA extracted from Neolithic human remains found across Britain with that of people alive at the same time in Europe. The Neolithic inhabitants were descended from populations originating in Anatolia (modern Turkey) that moved to Iberia before heading north. They reached Britain in about 4,000BC.

Details have been published in Nature Ecology & Evolution.

In addition to farming, the Neolithic migrants to Britain appear to have introduced the tradition of building monuments using large stones known as megaliths. Stonehenge in Wiltshire was part of this tradition.