Milkweed as a weed 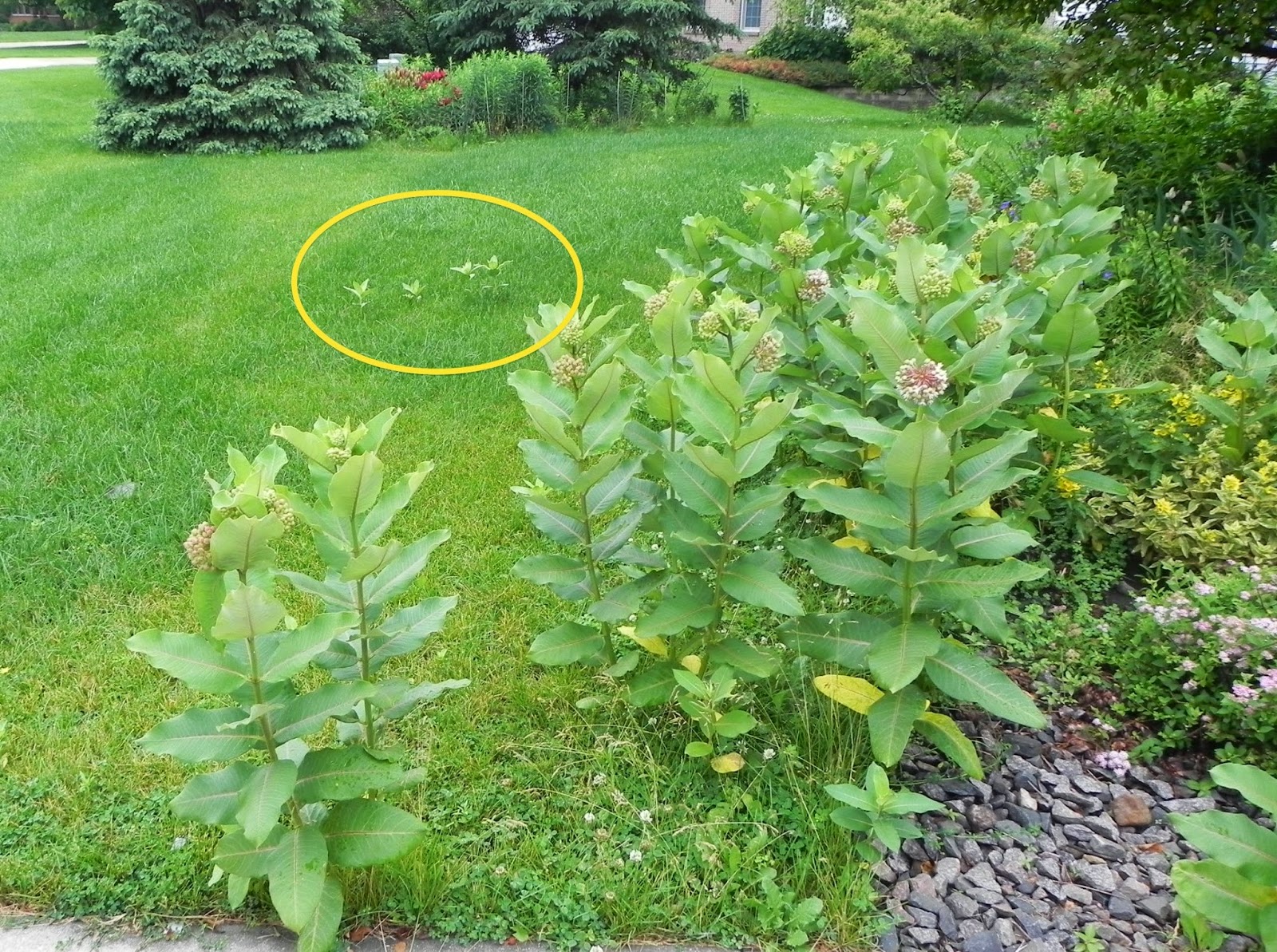 For my second post in the series on milkweed, I'll address the perception of milkweed as a weed.  The photo above shows a mature patch of common milkweed at the edge of our front lawn next to the driveway; circled in the center of the lawn is a group of four plants that have "escaped" from their assigned seats.

When I helped staff our butterfly group's booth at Madison's Garden Expo this past spring, it was apparent that "wildflower gardeners" were receptive to our encouragement to plant milkweed, but that "perfectly-manicured-English-knot-garden" gardeners were appalled that we would encourage propagation of "weeds."

"Weed" is inherent in the plant's common name, and thus is an unavoidable influence on the plant's perception by the public.  Most gardeners accept the principle that a weed is a "plant out of place," but there are some for whom the weediness is a true problem - especially farmers:


A common milkweed density of just over one shoot per square foot reduced wheat yields 47%. In soybean and corn, common milkweed is reported to reduce yields 19 and 10%, respectively. Cultivation can fragment and spread underground roots, which generally increases shoot numbers and population size.

Milkweed has evolved two techniques to propagate itself.  The best-known are the autumn seed pods which burst open to release "parachute-equipped" seeds for wide dispersal (more about that later this year).  But when milkweed finds a microenvironment with suitable sunlight and water, it will also propagate itself with underground lateral roots.

The four plants in the center of our yard are upgrowths from an underground root sent out from the larger patch; they are smaller because they have been mowed down each time the grass is mowed.  I've left them there because the fresh shoots have leaves that are way more tender than the more waxy leaves on the mature plants, and thus they provide good food for young caterpillars.

If you want to get rid of them for esthetic reasons, simply reach down, grasp the stem firmly, and pull: 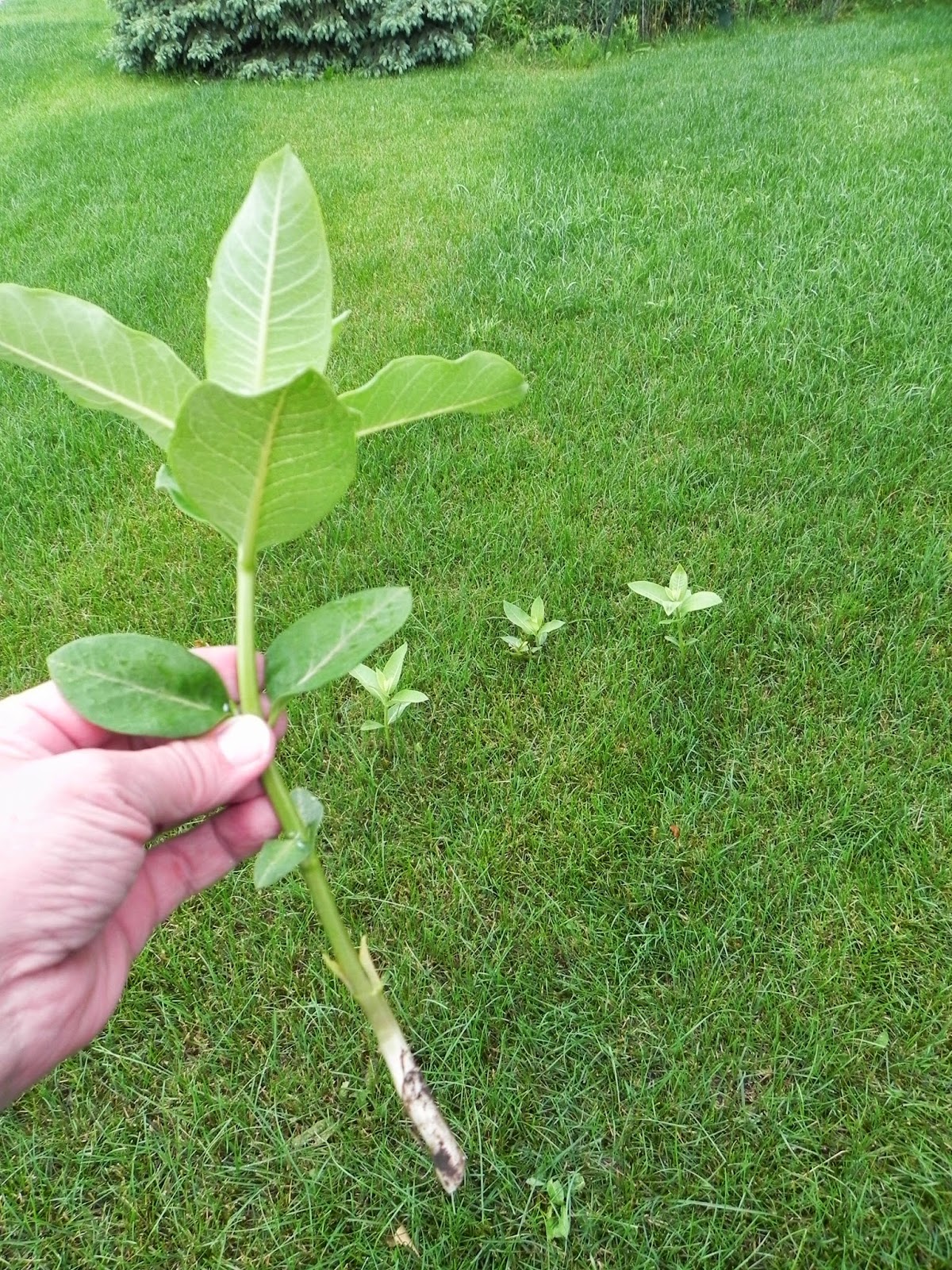 The several inches of white stem represents the extension below ground to the horizontal feeder.  You can also use any common commercially-available broad-leaf herbicide, but we prefer not to employ such agents close to our flower and herb beds.

The non-uniform greenness of the lawn could reflect a misjudgment on my part of the "throw" of the fertilizer spreader, or it could be an artistic statement.  If a neighbor asks, I'll just say it's the new "thing" and that if their lawn isn't striped, they must be hopelessly retro.

Email ThisBlogThis!Share to TwitterShare to FacebookShare to Pinterest
Labels: milkweed