Blankets made from dog wool 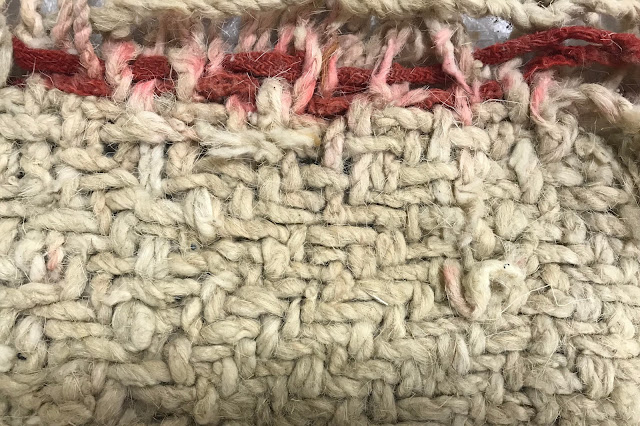 A study published last month in the Journal of Anthropological Archaeology adds to the evidence for the industry that produced this dog wool, as well as its ancient roots. The analysis by Iain McKechnie, a zooarchaeologist with the Hakai Institute, and two co-authors examined data collected over 55 years from over 16,000 specimens of the dog family across the Pacific Northwest. It suggests the vast majority of canid bones from 210 Pacific Coast archaeological sites, from Oregon to Alaska, were not from wild wolves, coyotes or foxes. Instead, they were domestic dogs, including small woolly ones that were kept for their fur...

By going back over numerous earlier studies, the team discovered that British Columbia was a pre-contact hot spot for domestic dogs. And on the south coast of British Columbia, smaller dogs that would have had woolly fur outnumbered larger hunting dogs, and “seemed to be a long-term, persistent part of Indigenous community life for the last 5,000 years,” Dr. McKechnie said.

Indeed, journal accounts from a Hudson’s Bay Company fur trading post at Fort Langley, British Columbia, in the early 19th century described canoes from people of the Cowichan tribe that were filled with “dogs more resembling Cheviot Lambs shorn of their wool.”

More at the New York Times (with pix of dog and pelt), and lots of data and discussion at the primary source link.  Here's the study area: 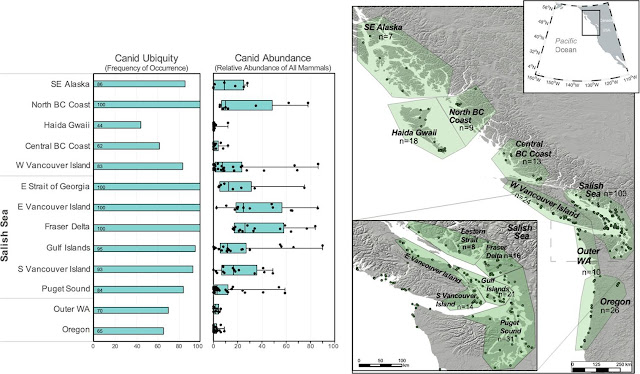