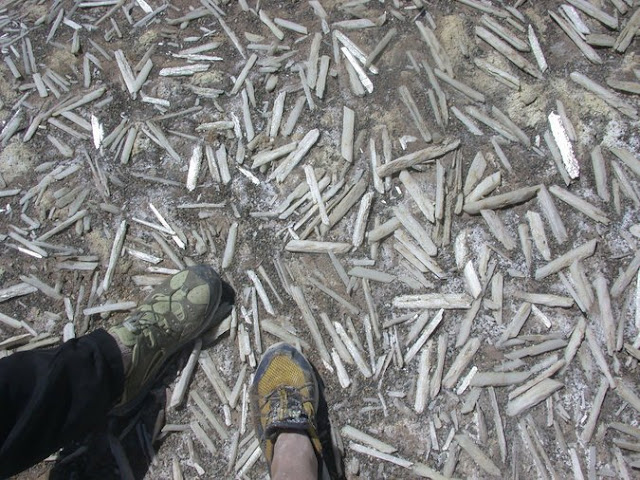 The photo above shows an area of ground in Chile's Atacama desert "paved" with large gypsum crystals.  Geologists now believe these surface concentrations originate as depositions by "dust devils."


Whirlwinds, dry convective helical vortices, move large gypsum crystals in the Andes Mountains of northern Chile. The crystals are entrained from a saline pan surface, where they grew in shallow surface brines. They are transported as much as 5 km and deposited in large dune-like mounds. The dune gravel is cemented relatively quickly by gypsum cement precipitating from near-surface saline groundwater, resulting in gypsum breccia. This marks the first occurrence of gravel-sized grains moved efficiently in air by suspension, provides a new possible interpretation for some ancient breccias and conglomerates, and improves understanding of limits of extremity of Earth surface environments.

A hat tip to reader Ruth Beaty for alerting me to this report, which I found particularly fascinating because many years ago I used to dig in the salt plains of Oklahoma for gypsum (selenite) crystals similar to these. 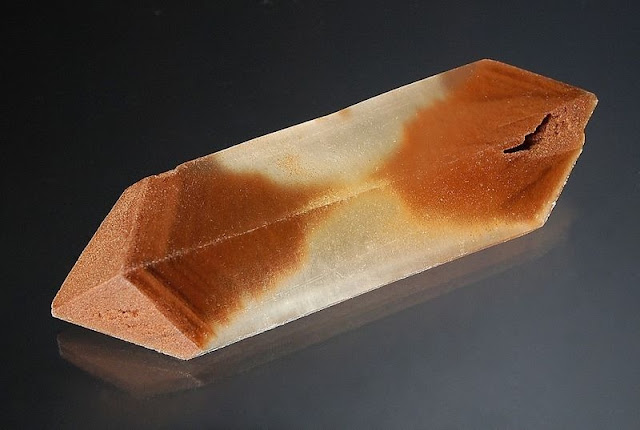 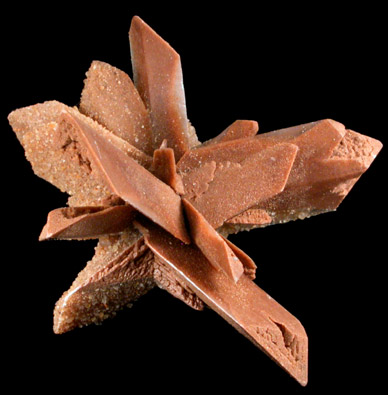 Specimen images from the Online Mineral Museum (cluster) and Amusing Planet (see the latter for a brief photoessay about the digging experience, which is truly memorable).

The surfaces of the Atacama crystals show evidence of trauma such as that which a dust devil would generate:


The flats and dunes of the salar are covered by massive deposits of gypsum crystals of similar size and internal microtexture to those in the pools. However, the surfaces of these crystals are abraded, frosted, and pitted: textures characteristic of sand and silt grains that have experienced aeolian transport in suspension.

So while it would be tempting to walk into a dust devil... 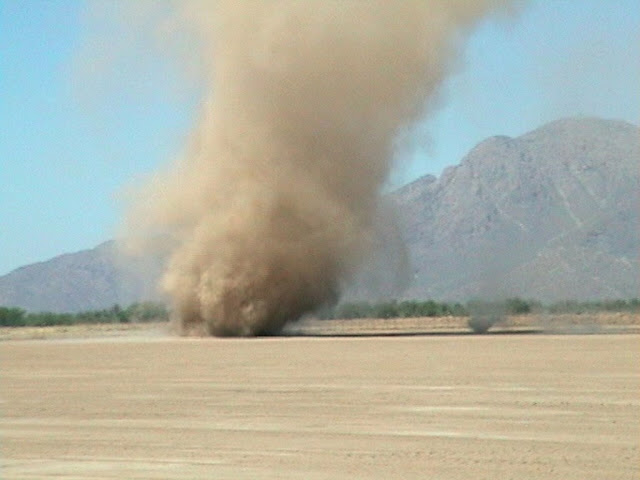 ... consider what might be whipping around in that vortex.

These observations also lend theoretical credence to the never-proven hypothesis that waterspouts are responsible for Fortean rains of frogs and fish.