I agree with Donald Trump 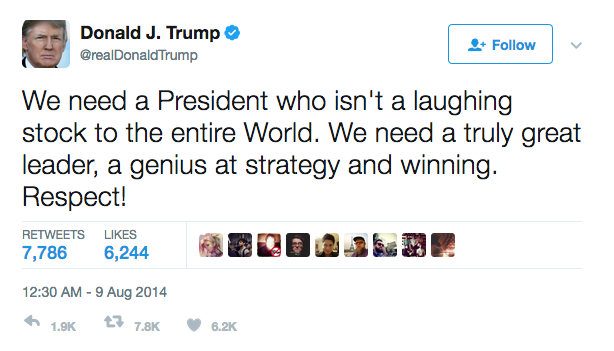 I agree with Donald Trump (sometimes).  There... I've said it.

A couple readers of this blog have castigated me for relentlessly criticizing/mocking Donald Trump, but I don't blindly hate him.  Sometimes I even agree with him, as for example this Tweet he issued in August of 2014.

Found at the TrumpcriticizesTrump subreddit.

Email ThisBlogThis!Share to TwitterShare to FacebookShare to Pinterest
Labels: Trump