A dealer or trader in a commodity. The Random House Dictionary states the ultimate origin is from the Latin "mango", meaning .... salesman! ["Death of a mango?"]

"Monger" was once used as a verb, but it now is typically only employed as the second element of compound words. My OED says examples of such formations are "unlimited", with examples beginning in the 13th century: hay-mongers, holy-water mongers, insect-mongers (?) etc. The most familiar would likely be cheesemonger, costermonger (fruit/veggies), fishmonger, ironmonger, and whoremonger.

As the last-named example suggests, the OED notes that from the 16th century onward, the term nearly always carries the implication of a petty, disreputable, or comtemptible trade in the material - as in the modern "rumor-monger" "gossip-monger" and "scandal-monger."

Here is a costermonger: 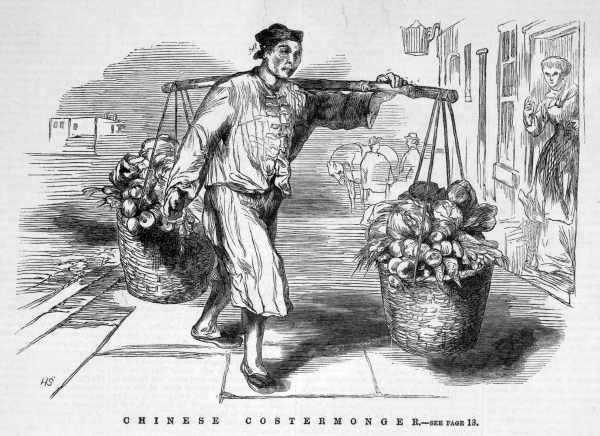 Reposted to add yet another example: 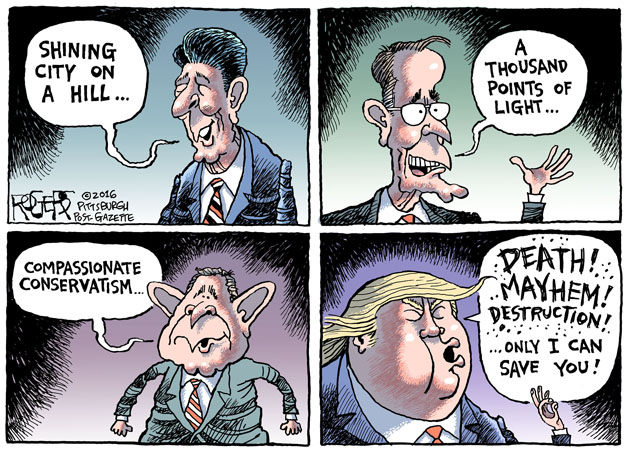 Cartoon by Rob Rogers in the Pittsburgh Post-Gazette, via the political cartoon-laden Jobsanger.
Reposted from the last election cycle to add some examples of current fearmongering: 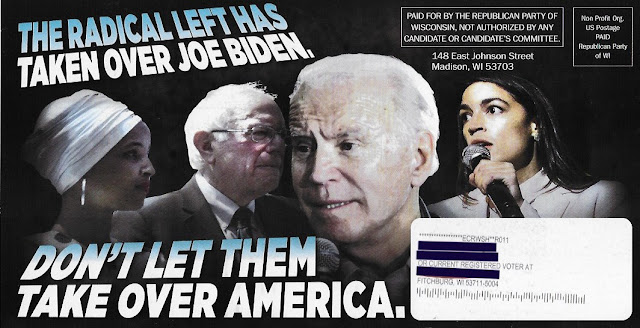 The Democratic party went through a heart-wrenching primary process, during which the voters ultimately rejected the radical left in favor of a moderate Joe Biden.  But the Wisconsin Republican Party combined Biden with images of their standard behemoths of radicalism to claim that they control him.
And Trump is using this same tactic:

This is not conventional confrontational politics.  These are the ramblings of a deranged mind.