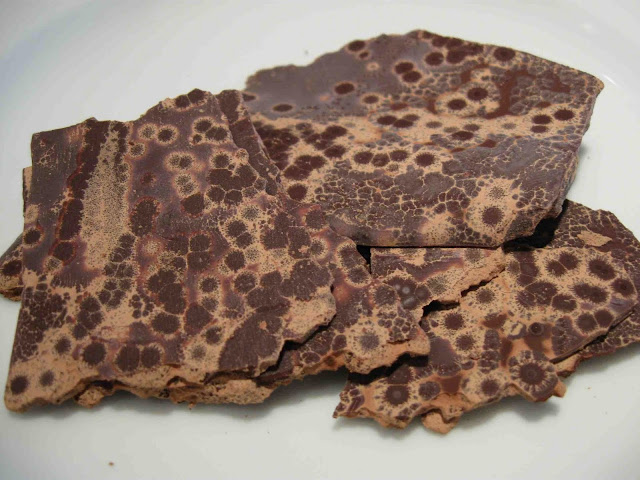 An article at Chemistry Matters explains that chocolate tastes better if it is kept in a refrigerator.


This is all to do with a phenomenon known as polymorphism, which is the ability for a solid to exist in more than one crystal structure. Each crystal structure is called a polymorph, and each polymorph has its own set of distinct properties. The main ingredient in chocolate, cocoa butter, has six polymorphs which can be distinguished between each other by measuring their melting points...

...at room temperature, the fatty molecules in polymorph V have enough energy to slowly (days/weeks scale) convert to polymorph VI. This transformation in in the crystal structure is facilitated by the vibrational energy stored in the molecules which allow the molecules to wriggle about and realign with each other. This can be stopped by keeping your chocolate in a cool, dark place...

Next the "fat bloom" is described


The change in crystal structure is usually accompanied by something called ‘fat bloom,’ which is where the chocolate begins to look dusty, and pale spots appear on the surface... It’s off putting, but still safe to eat. It happens because of partial melting in the solid which cases the fats within it to rise to the surface.