The Finseths arrive in the United States 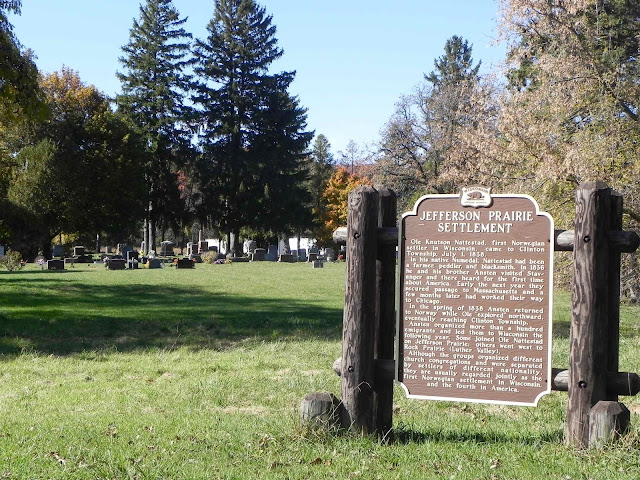 [Prequel - this post is just a family history item, written for my cousins and their children.  Other readers will not find much of interest here]

In the early 1800s, Knut K. Finseth and his wife Margit Olsdatter lived on a farm in Hemsedal, in the Hallingdal valley of south-central Norway.  For reasons that haven't been passed down in my family's oral history, they decided to emigrate to the United States (one presumes that the family's ancestral farm had been subdivided too many times and couldn't support the addition of another generation).

I found their destination in A History of Norwegian Immigration to The United States From the Earliest Beginning down to the Year 1848, a privately printed book by George T. Flom, Professor of Scandinavian Languages and Literature at the State University of Iowa:


In 1847 very few came from Hallingdal, among them are mentioned Ole Onsgaard, Nils 0. Wikko, and Osten Burtness. In the following year, however, there was a considerable immigration. Erik K. Berg and his brother Truls Berg, Ole Trulson Ve and Ole Gulsen (Trostem) with wife and son Gul and daughter Guri, Erik Ovestrud, Tideman Kvarve, Guttonn Megaarden, a Mr. Sagdalen and wife, Kari, Levor Kvarve and family of twelve, and Knut Guttonnsen Tyrebakken.

There came others from Hallingdal also in the years following. I may mention here Ole J. Bakke and wife and Herbrand K. Finseth (born in Hemsedal in July, 1830), who emigrated in 1852 and lived three years on Rock Prairie.

They moved to Goodhue County, MN, in 1855, as did also Knut K. Finseth and A. K. Finseth, brothers of Herbrand.


Here's a brief summary of the relevant branch on the family tree from Norway to the US:

Yesterday I decided it was time to check out the brief Wisconsin connection of the family.  An hour's drive south of Madison took me to Clinton, Wisconsin (the former "Rock Prairie,") located just east of Janesville.  The first Norwegians in the area were led by Ole Knutson Nattestad, who arrived from Numedal, Norway in 1838 and set up the "Jefferson Prairie Settlement."  His brother Ansten went back to Norway and returned with more than a hundred emigrants, who settled in Jefferson Prairie and at Rock Prairie (now Luther Valley).  A state historical marker (top photo) just south of Clinton notes that "they are regarded jointly as the first Norwegian settlement in Wisconsin, and the fourth in America." 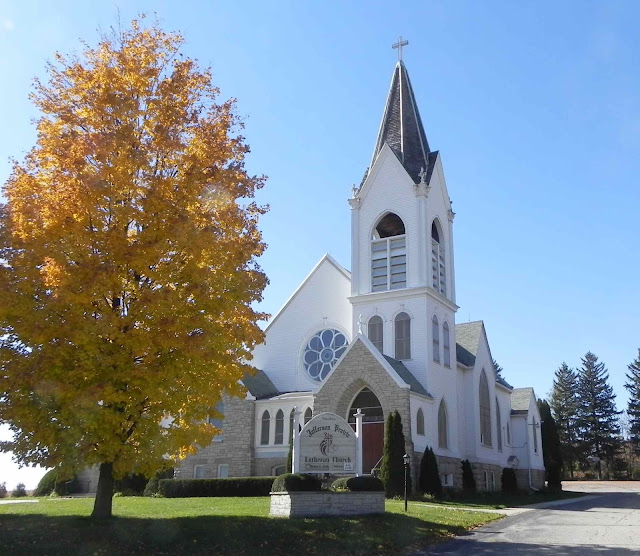 I was fortunate that at the time of my weekday visit, a church volunteer was present doing some clerical chores; she invited me in to see the sanctuary: 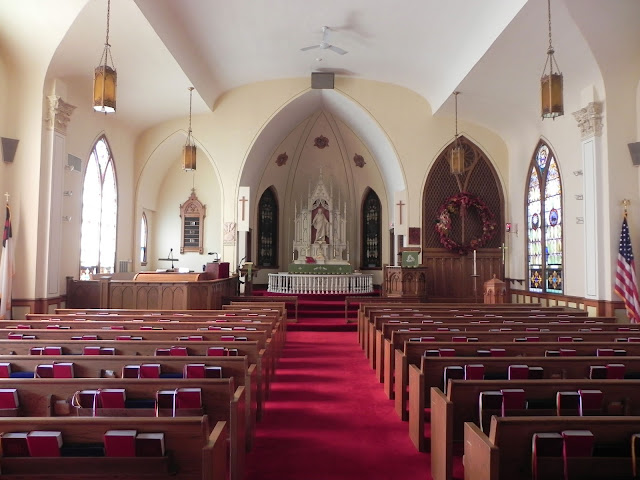 It was an interesting experience to visit the same church that my great-great-grandfather worshipped in 160 years ago.

Thus endeth the family history post for this year.