New word for the day: disfluency (or dysfluency) 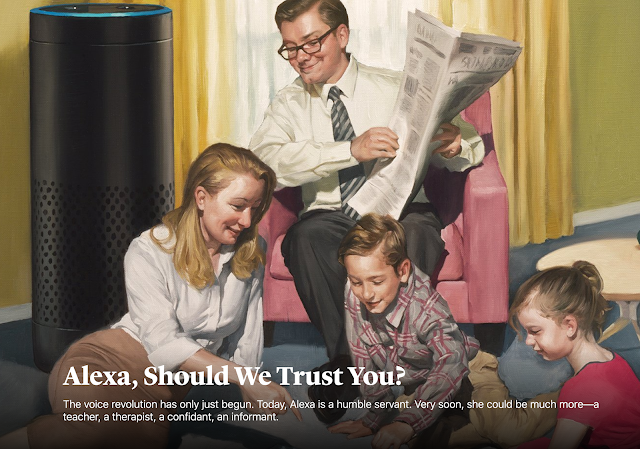 I encountered the word in an Atlantic article about voice assistants (Alexa, Siri, et al.) -


"Duplex speaks with remarkably realistic disfluencies - ums and mm-hmms - and pauses, and neither human receptionist realized that she was talking to an artificial agent."

It's an interesting article about how voice assistants are programmed not only for content, but also for style and pronunciation and inflection and the ability to express (and detect) moods.  But back to the word, which means "not fluent" - i.e. "not flowing."  I started at Wikipedia:


A speech disfluency, also spelled speech dysfluency, is any of various breaks, irregularities, or non-lexical vocables that occurs within the flow of otherwise fluent speech. These include "false starts", i.e. words and sentences that are cut off mid-utterance; phrases that are restarted or repeated and repeated syllables; "fillers", i.e. grunts or non-lexical utterances...

Recent linguistic research has suggested that non-pathological disfluencies may contain a variety of meaning; the frequency of "uh" and "um" in English is often reflective of a speaker's alertness or emotional state. Some have hypothesized that the time of an "uh" or "um" is used for the planning of future words; other researchers have suggested that they are actually to be understood as full-fledged function words rather than accidents, indicating a delay of variable time in which the speaker wishes to pause without voluntarily yielding control of the dialogue...

And that led to "backchannel" -


In linguistics, a backchannel during a conversation occurs when one participant is speaking and another participant interjects responses to the speaker. A backchannel response can be verbal, non-verbal, or both. Backchannel responses are often phatic expressions, primarily serving a social or meta-conversational purpose, such as signifying the listener's attention, understanding, or agreement, rather than conveying significant information. Examples include such expressions as "yeah", "uh-huh", "hmm", and "right".


In the Japanese language, Aizuchi are the frequent interjections during a conversation that indicate the listener is paying attention or understands the speaker. In linguistic terms, these are a form of phatic expression. Aizuchi are considered reassuring to the speaker, indicating that the listener is active and involved in the discussion... Business relations in particular can be hampered by non-native speakers assuming that their Japanese counterparts have been agreeing to their suggestions all along, when in reality the Japanese have only been saying that they follow or understand the suggestions – "got it", not "agreed."

So much to learn.  So little time.

Image cropped for size from the original at the source.