Another type of chess "problem" 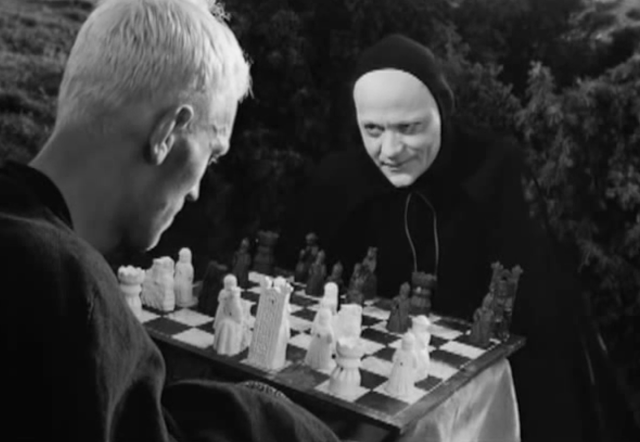 
“There are a ton of chess mistakes in TV and in film,” says Mike Klein, a writer and videographer for Chess.com. While different experts cite different error ratios, from “20 percent” to “much more often than not,” all agree: Hollywood is terrible at chess, even though they really don’t have to be. “There are so many [errors], it’s hard to keep track,” says Grandmaster Ilja Zaragatski, of chess24. “And there are constantly [new ones] coming out.”


Chess errors come in a few different flavors, these experts say. The most common is what we’ll call the Bad Setup. When you set up a chessboard, you’re supposed to orient it so that the square nearest to each player’s right side is light-colored. (There’s even a mnemonic for this—“right is light.”) Next, when you array the pieces, the white queen goes on white, and the black queen goes on black. “When I teach six-year-old girls, I say ‘the queen’s shoes have to match her dress!’” says Klein.

Six-year-olds may get this, but filmmakers often do not. Along with The Seventh Seal, movies that suffer from Bad Setups include Blade Runner, Austin Powers, From Russia with Love, The Shawshank Redemption, and Ace Ventura: When Nature Calls. Shaft and What’s New Pussycat may not have much in common, but they do both feature backwards chessboards.

Further discussion (re dramatic checkmates and tipped-over kings) at Atlas Obscura via Neatorama.