The human tragedy of land mines 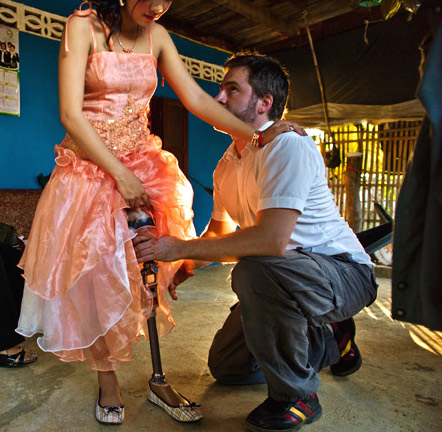 As reported by National Geographic:


The American position is complicated. The United States has not used antipersonnel land mines since 1991, not exported them since 1992, and not produced them since 1997. But the nation has a stockpile of some 10 million land mines, and prior to the '90s, it exported 4.4 million antipersonnel land mines, an unknown number of which are still in the ground. Ian Kelly, a State Department spokesman, described the government's official position in 2009: "We would not be able to meet our national defense needs nor our security commitments to our friends and allies if we signed this convention." Nonetheless, under pressure from the United States Campaign to Ban Landmines, the Obama Administration has been conducting a comprehensive review of its land mine policy.

Photo cropped for size from the original.  Credit: Lynn Johnson

Addendum:  The above was from a 2012 National Geographic article.  A report in 2014 by Reuters indicates that the U.S. still supplies land mines to South Korea and "will begin destroying stockpiles..."