I've watched a lot of hockey - I was even the (reluctant) manager of a collegiate hockey team in the 1960s - but I have never seen one as bizarre as this.  Watch beyond the initial action for the replays...  Unreal. 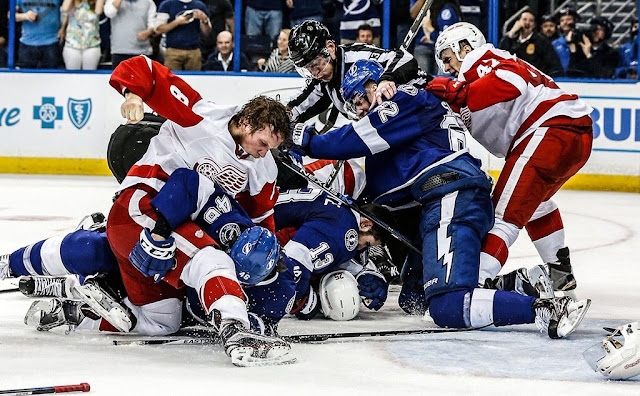 - which reminds me of why I stopped watching professional hockey.