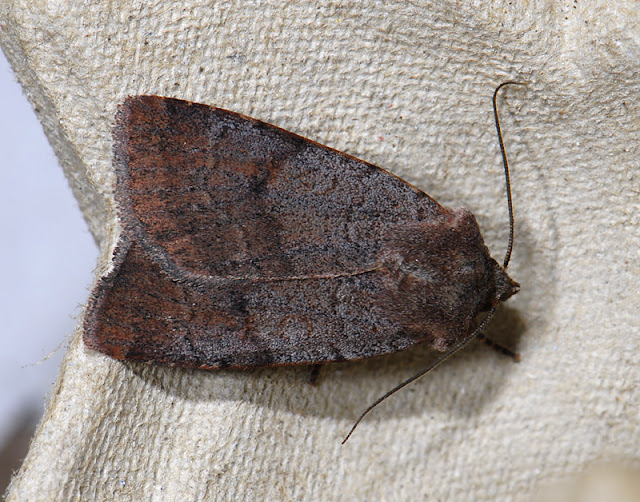 I don't know where or when I encountered this word; it's been on my "words" list for years waiting to be looked up.  I was a bit surprised by what I found in the OED:

2. A person or thing closely related or allied to another; a near relative. 1822 W. Irving Bracebridge Hall (U.K. ed.) II. 85, I had been apt to confound them [sc. rooks] with their cousins-german, the crows.)

One's brother and sister can similarly be called your "brother-german" and "sister-german," with some implications for the genetics.  Nowadays the term means the person is your brother/sister via both your parents, as opposed to a "brother on the father's side" or a "brother-uterine" (brother via your mother with a different father).

And the "german" part?  Here's the head-slap moment - it's a variant of "germain" [O.F. < Latin], which of course means "closely-related" or "relevant."

I was going to publish this without a picture, but when I ran the term through Google Images, I kept seeing moths.  Turns out there are several species of moths called the "Cousin German."  The embedded one I found here; the UK Moths site says "A rare and local species, restricted to birch woodland in the Highlands of central Scotland.  They are also illustrated in BugGuide.  Why they should have been given that common name, I have no idea.