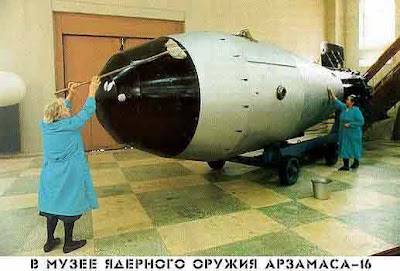 Those of you who are embarrassed to admit that your passwords for most sites are not robust enough may be able to take some comfort from this admission about events during the height of the Cold War. In the 1960s Defense Secretary Robert McNamara, concerned about nuclear security, had "technical locks" placed on the Minuteman intercontinental ballistic missiles to prevent unauthorized deployment.


The Strategic Air Command (SAC) in Omaha quietly decided to set the “locks” to all zeros in order to circumvent this safeguard. During the early to mid-1970s, during my stint as a Minuteman launch officer, they still had not been changed. Our launch checklist in fact instructed us, the firing crew, to double-check the locking panel in our underground launch bunker to ensure that no digits other than zero had been inadvertently dialed into the panel. SAC remained far less concerned about unauthorized launches than about the potential of these safeguards to interfere with the implementation of wartime launch orders. And so the “secret unlock code” during the height of the nuclear crises of the Cold War remained constant at 00000000.

Found at Reddit, where the discussion thread also revealed that in that same era, the British RAF's nuclear bombs were armed by using a bicycle lock key...


To arm the weapons you just open a panel held by two captive screws - like a battery cover on a radio - using a thumbnail or a coin.

Inside are the arming switch and a series of dials which you can turn with an Allen key to select high yield or low yield, air burst or groundburst and other parameters.

The Bomb is actually armed by inserting a bicycle lock key into the arming switch and turning it through 90 degrees. There is no code which needs to be entered or dual key system to prevent a rogue individual from arming the Bomb.

The bomb in the header is not a Minuteman missile or an RAF bomb. It is the nuclear fission device AN602 - Kuzkina Mat - being washed by some cleaning women.