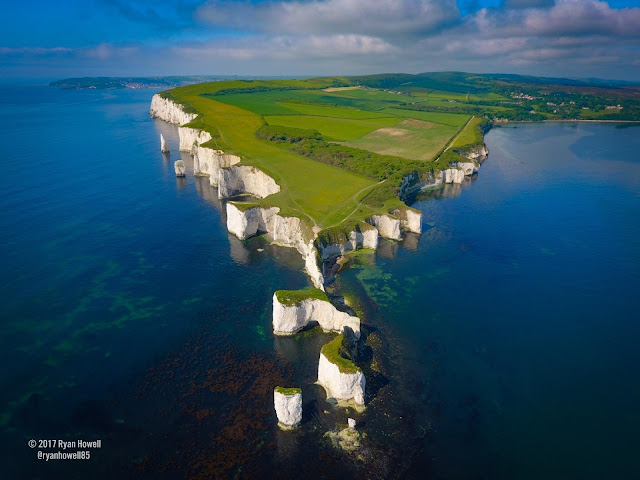 "Old Harry Rocks are three chalk formations, including a stack and a stump, located at Handfast Point, on the Isle of Purbeck in Dorset, southern England. They mark the most easterly point of the Jurassic Coast, a UNESCO World Heritage Site.

There are various stories about the naming of the rocks. One legend says that the Devil (traditionally known euphemistically as "Old Harry") had a sleep on the rocks. Another local legend says that the rocks were named after Harry Paye, the infamous Poole pirate, whose ship hid behind the rocks awaiting passing merchantmen.[3] Yet another tale has it that a ninth-century Viking raid was thwarted by a storm, and that one of the drowned, Earl Harold, was turned into a pillar of chalk."

But why is the Devil called "Old Harry"?

Photo credit in the watermark.