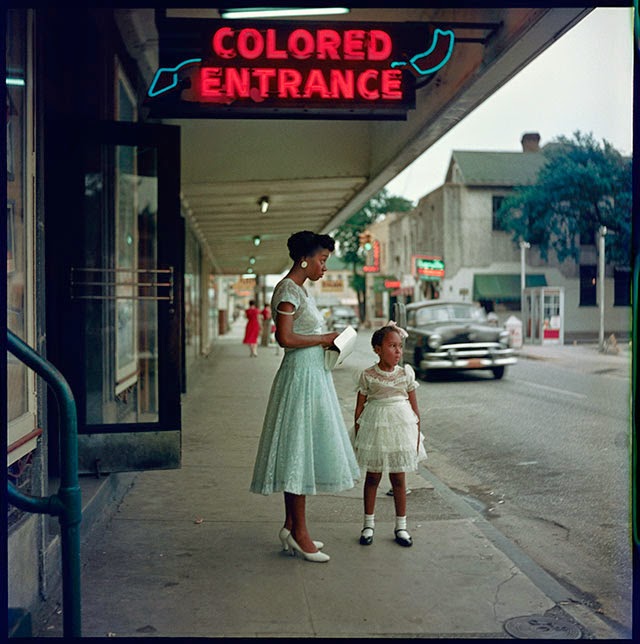 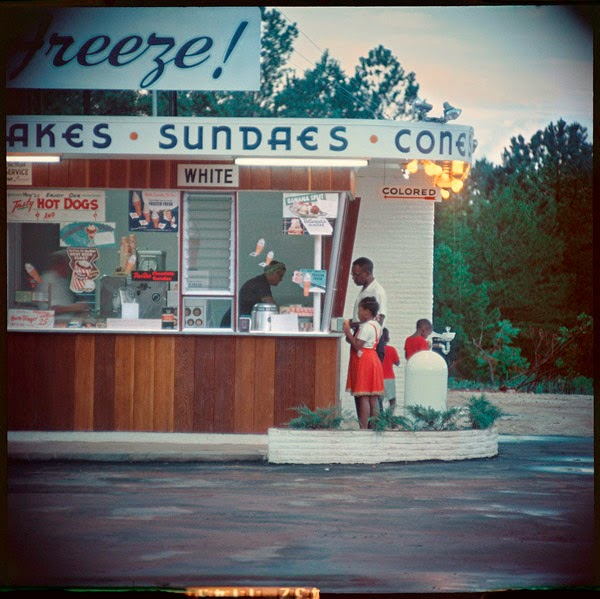 Parks' resulting work appeared in a 26-photo spread in [Life] magazine. "The Restraints: Open and Hidden" stood out among photography of the era because it used color photos to document the day-to-day impact of Jim Crow segregation on an otherwise anonymous extended family, the Thorntons, rather than focusing on the heroes and flash points of the Civil Rights Movement. When part of the family was kicked out of its Shady Grove, Ala., home and run out of town as a repercussion, Life magazine donated $25,000 to help the family relocate. By capturing the quiet dignity and humanity of Southern blacks, the series highlighted the inadequacies of the separate but equal doctrine at a time when the country was consciously grappling with race.

Both photos credit Jackson Fine Art, Atlanta and Arnika Dawkins Gallery. © The Gordon Parks Foundation, via Creative Loafing where there are more photos and comments