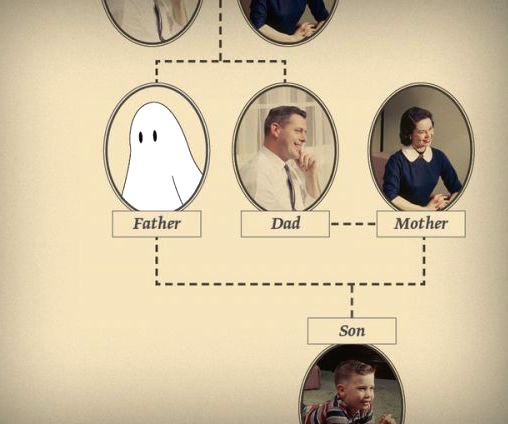 A hat tip to Miss C at Neatorama for posting a most interesting story from Buzzfeed.


A couple had a child with fertility assistance, but later found out that the child’s blood type did not match either parent. A paternity test, using cheek swabs, determined that the man was not the father of the baby. The couple had more tests, and was prepared to sue the fertility clinic. Then they did a genetic test through 23andMe, which tests many more markers than a standard paternity test in order to establish genetic ties in extended families. That test said the man was the baby’s uncle!

The explanation is that the man is a genetic chimera. Before he was born, he had a fraternal twin that did not develop into a viable baby. But the vanished twin’s DNA survived by being absorbed into the surviving twin...

However, since the cells of his lost twin brother are a part of him, he is still the father. The case shows how a person cannot be defined by their DNA. About one in eight single-child births start out as multiple pregnancies, so chimerism is probably more common than we know.


In order to qualify for financial assistance in supporting her young family, Fairchild was required to undergo DNA testing to prove that she was the mother of children for whom she was claiming... To her horror, the young mother was informed that she would be the subject of an investigation into possible welfare fraud as the DNA tests had revealed no genetic link between her and the children she claimed were hers...

More information at the links, or type "chimera" in the new search box in the right sidebar to see unusual butterflies, apples, and legendary monsters.

One wonders how many lives have been affected/disrupted by genetic testing that did not take the possibility of chimerism into account - especially paternity cases.