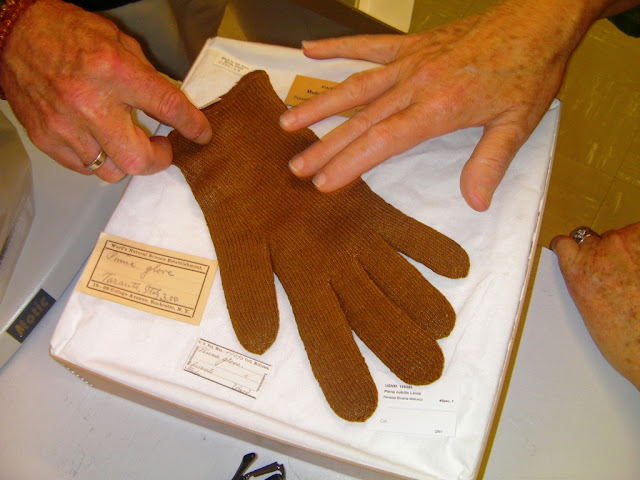 Sea silk is an extremely fine, rare, and valuable fabric that is made from the long silky filaments or byssus secreted by a gland in the foot of [bivalve molluscs]...

The cloth produced from these filaments can be woven even finer than silk, and is extremely light and warm; however, it attracts clothes moths, the larvae of which will eat it. It was said that a pair of women's gloves made from the fabric could fit into half a walnut shell.

Wisconsin is sadly a long way from the ocean; I had a hard time visualizing the "filaments" by which molluscs attach themselves to rocks (I thought they just glued themselves on...).  This image - cropped for emphasis from the original - helped: 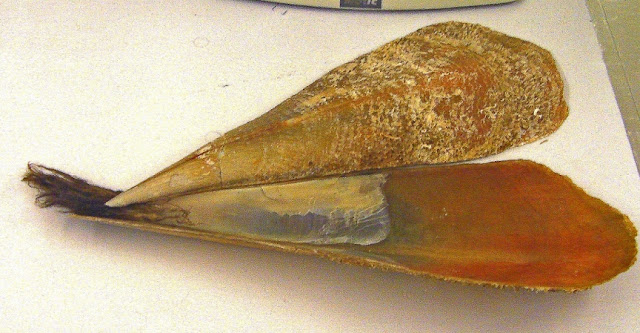 The byssus is the tuft of filaments at the far left of the mollusk.

There are still a few remaining craftsmen who weave byssus into cloth:


I was ready to meet Chiara Vigo, the only woman in the world who still works the byssus, better known as the silk of the sea, the same way women in ancient Mesopotamia used to weave it...  The lab where Chiara works is also the only Museum of the Byssus in the world, and it sits on top of a little hill in downtown Sant’Antioco.

Once dry, Chiara combs it with a wool card and finally twists the fine filaments together with a spindle made of oleander, forming the gilded thread. The yarn is spun quite a few times in order to make it strong enough to be employed in the loom and woven with her slender fingers.

With a tip of the blogging hat to reader Stuart Moulder, who sent me the link in response to my post about... what? I can't remember. I'm getting old...

Photo credit for both images to John Hill.